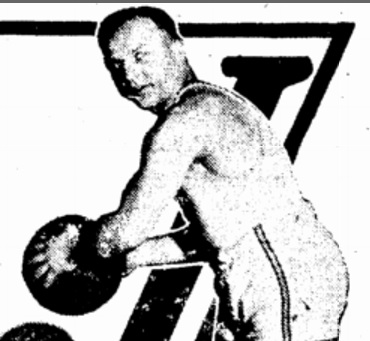 During his decade-long career, Frank “Bucky” Williams was admired for his shooting skills and feared for his fisticuffs.  Williams was  usually  the smallest man on the court, but he always was the most likely to start a fight. In 2925 , the 20-year old Williams struck up a friendship with 18-year-old old teammate, Willie Scrill  and helped him make the difficult transition from high school to playing for Brooklyn in the American Basketball League. The two youngsters shared the mindset that to succeed in pro basketball,  you had to be tough. Williams and Scrill  both went on to become very talented players and  renowned fighters.  Despite their friendship, in later years when they met  as opponents on the court, they initiated some  legendary brawls. From 1942 until 1948, Williams served as an assistant coach to former teammate, Joe Brennan, at St Francis College in Brooklyn.