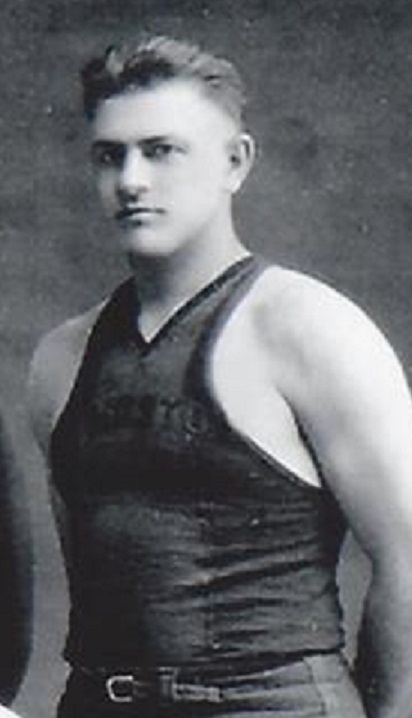 Harry Knoblauch was a powerfully built, hard working,  journeyman professional basketball player who was employed by 21 different teams over  the course of fourteen seasons.  One of his early coaches remarked that Knoblauch had the potential to be a star if he could learn to shoot better. He never did.  The high point of his basketball career was the 1923-24 season when Knoblauch was the center for a Benny Borgmann-led squad that split its season between Kingston, New York and Paterson, New Jersey. The team won both the New York State League and Metropolitan League titles. In addition, Borgmann’s team claimed the mythical national professional title by winning four of six games from the mighty Original Celtics.