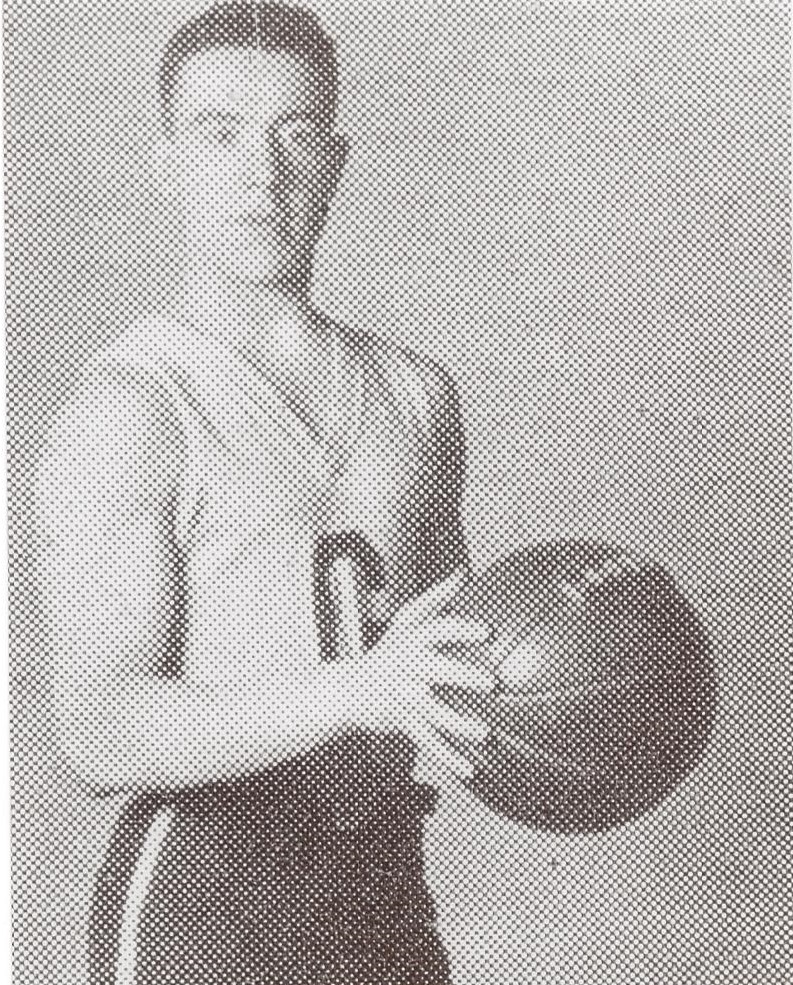 Jerry Sullivan was a journeyman player who wore the uniform of 27 teams during his 16 pro seasons. Sullivan’s travels were partly due to the vagabond nature of pro basketball in the 1920’s and partly to do with his contentious, overheated personality.  In 1919-20, his first full pro season, Sullivan left the New York State League Albany club in a dispute over his salary and his disagreements with teammates. Veteran stars Barney Sedran and Marty Freidman had quickly soured on the petulant youngster despite his obvious talent. In the early twenties, while playing for Gloversville in the NYSL and Greenpoint in the Metropolitan League, Sullivan established himself as a troublesome, but still valued performer. Sullivan was never fast, but he used toughness, guile and a muscular body to make himself into one of the best defenders in the pro game. Sullivan’s longest stretch with any team was a three and half-year stint (1923-26) with Greenpoint that culminated in the 1926 MBL title. The next season, Sullivan joined Baltimore of the American Basketball League. He remained in the ABL for three more seasons with stops in Chicago, Trenten, Syracuse and Paterson.