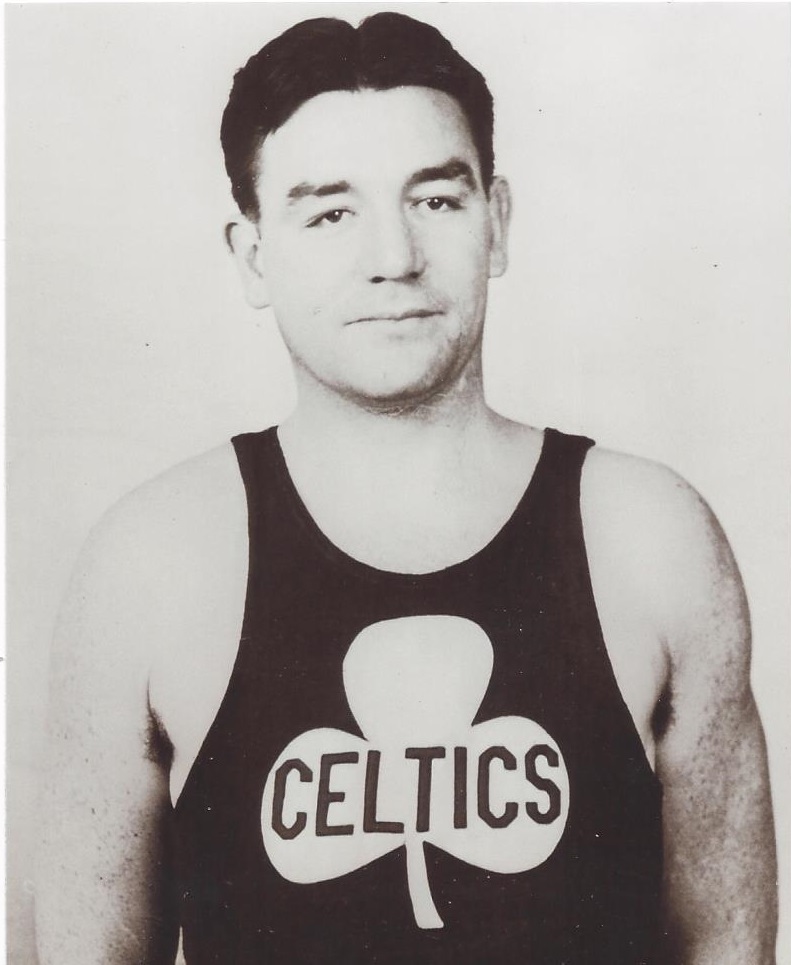 Pat Herlihy began playing professional basketball ball when he was just seventeen years old. The following season, he signed with the Brooklyn Visitation, one of the top teams in the American Basketball League . Very raw at first, he gradually matured into one of the better centers in the game.  Herlihy battled for many years against Joe Lapchick, the best center of the era, and future Hall of Famer. The two on-court rivals, were  off-court friends.  In 1934, Herlihy was signed by the famed New York Celtics to backup  Lapchick,  who  was playing less because of reoccurring  knee problems. In 1936 , Lapchick retired from the Celtics to take the position of head basketball coach at St. John’s University. Herlihy became the starting center for the Celtics, where he remained until  the team disbanded in 1942.