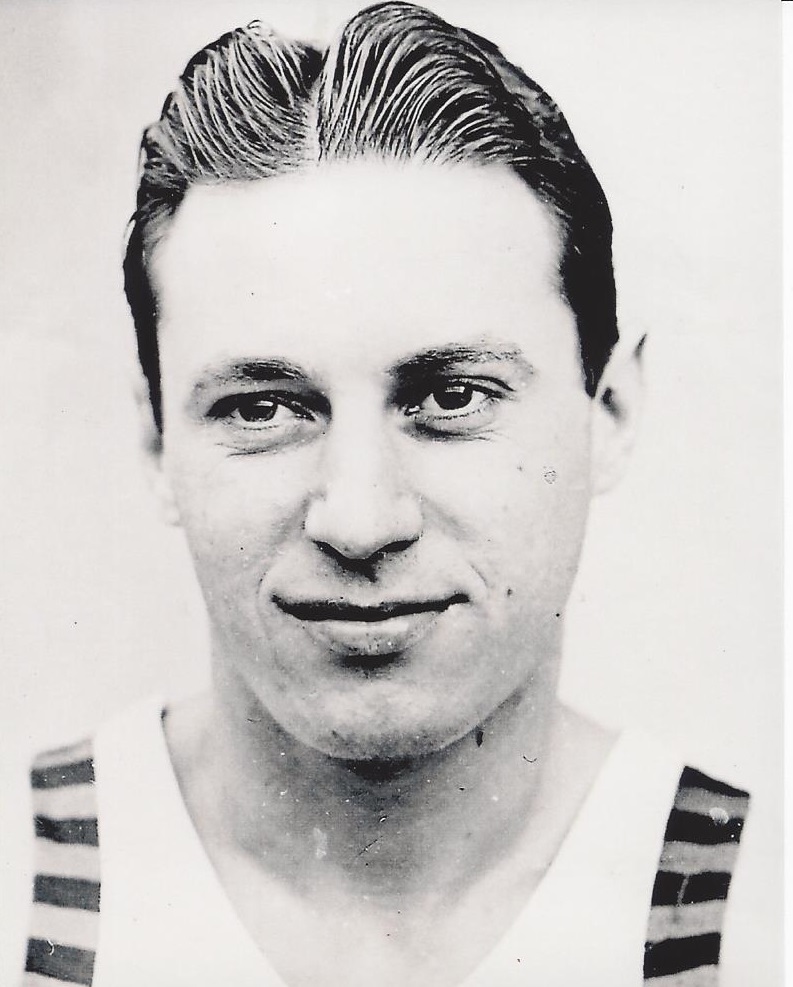 Phil Rabin starred for Hall of Fame coach Clair Bee at Long Island University in the mid-thirties. In his junior and senior years the Bluebirds compiled a 51-3 record. Rabin started his pro career (under an assumed name) while still playing his senior year (1934-35) at Long Island University.  Rabin scored 17 of his team’s 28 points in his professional debut with a minor-league team in Bridgeton, New Jersey Rabin made his major-league debut the in the 1935-36 season and finished second  among American basketball League scorers. Between 1937 and 1939, he reeled off three consecutive ABL scoring titles. He won his last scoring title during the 1938-39 season playing with the Jersey Reds. The season was marred, however, by a feud with teammate Moe Spahn and a wrist injury suffered during the playoffs that squashed the Reds title chances. The next season, Rabin lasted less than a month with the Philadelphia SPHAS who did not take well to his single-minded attitude about scoring. Traded to Washington, he finished the season second in league scoring. A combination of injuries and military service during World War II, brought Rabin’s career to a premature close.