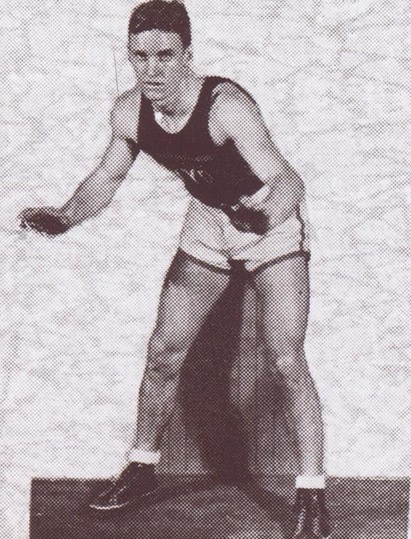 Hagan “Hook” Andersen was never among the top scorers or the flashiest players of his era, but he was nevertheless a star throughout his college and professional career. Andersen was a hard-working, team oriented performer whose selfless style always improved the play of his teammates. Howard Cann, the legendary coach of NYU, called Andersen the most fundamentally sound player he ever coached. In his senior year, Andersen was the linchpin of the Violets undefeated 1933-34 season. In the last game of the season, NYU played Nat Holman’s also undefeated CCNY squad. Andersen played what coach Cann described as a “perfect game” to lead NYU to a 24-18 victory. He was named first-team All American. Anderson turned pro with the Jersey Reds in the 1934-35 season. He played on two championship teams during his pro career. Jersey won the 1937-38 American Basketball League championship and eight years later, he helped Baltimore capture the ABL title. After retiring as a player, Andersen began a second successful career in basketball as a longtime professional and college referee.