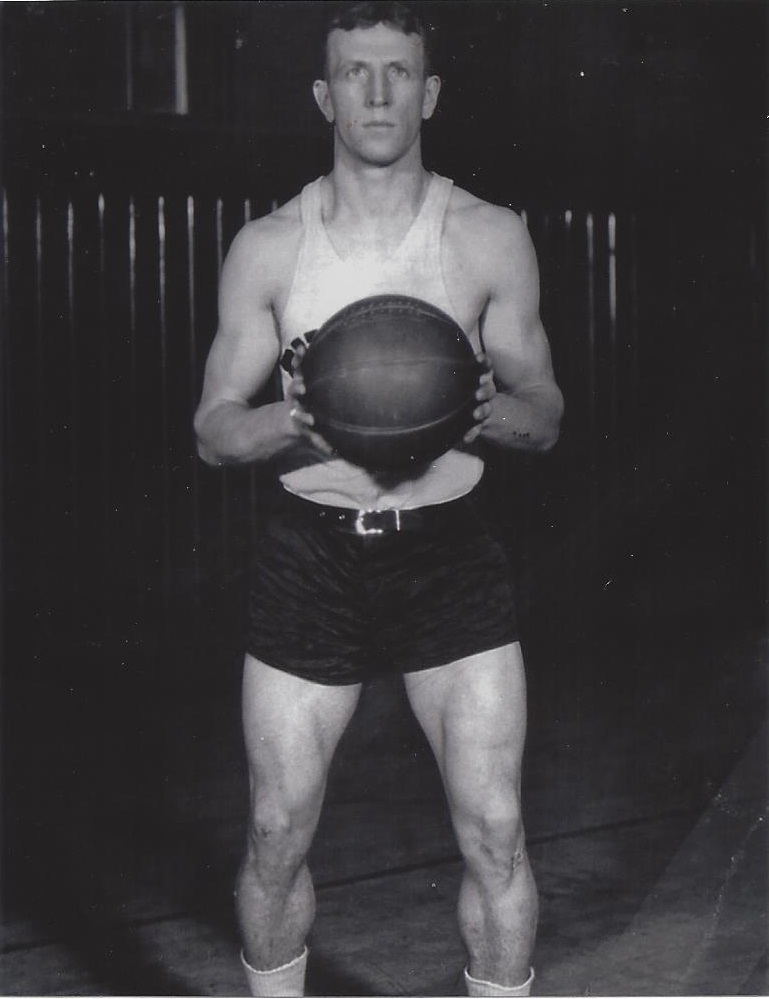 John Wooden is well remembered for his years as the coach of UCLA. His Bruins set records that are unapproachable including: ten NCAA championships in twelve years; 88 consecutive victories; and four perfect 30-0 seasons. His unmatched accomplishments as a coach, however, often overshadow the fact that he also dominated the game as a player at ever level at which he competed. Wooden starred in high school for the Martinsville, Indiana team where he was named an All-state player three times. Martinsville won the state title once and was runner-up on two other occasions. Wooden went on to Purdue University were he was named an All American three times under Hall of Fame coach Piggy Lambert.  Wooden was named College player of the year in senior (1931-32) season. When Wooden graduated from Purdue in 1932, there were few opportunities to make a living playing professional basketball in the Midwest. So Wooden did what many other stars of the era did. He turned his energies primarily to coaching and limited his playing time to weekend games. He began his coaching career at Dayton, Kentucky high school in 1932. He moved to South Bend, \Indiana Central High School in 1934, were he remained until he entered the service during World War II. Wooden played professional basketball throughout the thirties on a part-time basis. As he had in high school and college, Wooden excelled in every facet of the game. He was an outstanding set- shooter who was also capable of quick dashes around defenders for lay-ups. In addition, he was a creative playmaker and relentless defender. Wooden’s on-court temperament reflected his straightforward but complex personality. He was a driven, hustling, disciplined player who would explode in occasional short outbursts of temper. He played the game with a sense of dignity and sportsmanship, but was also capable at times of  baiting both referees and opponents. Wooden starred for the Indianapolis Kautskys for five seasons (1932-33 through 1936-37 seasons). In his rookie season, he led the National Professional Basketball League in scoring with 12.6ppg. Wooden finished his playing career with two seasons in the newly formed National  Basketball League before he retired as a player in 1939 .After serving in World War War II , Wooden coached for two seasons at Indiana State University before he accepted a position as coach at UCLA. During his twenty-seven years as coach of the Bruins, he compiled 620 wins against 147 losses and was named college coach of the year six times. He was the first person (and one of only two) to be inducted into the Basketball Hall of Fame as a player and a coach.