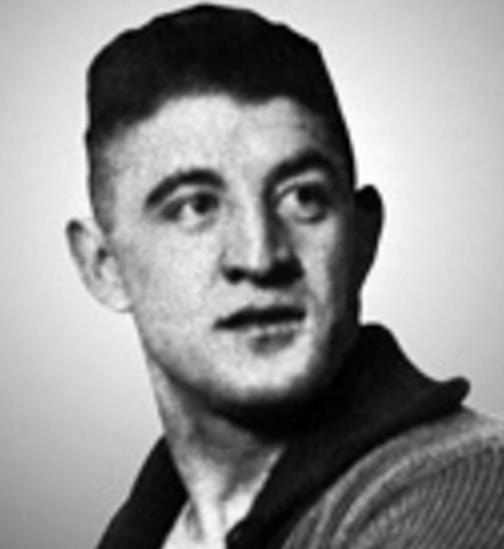 Tom Barlow began his pro career while still in high school with his hometown team, the Trenton Tigers. Built like a bear and armed with a explosive temper, Barlow quickly established himself as one of the most physically menacing players in the game. Widely feared, he intimidated players and referees alike. He was suspended for half a season from the Eastern Basketball League when  he punched famed referee Herm Baetzel in the face. Barlow was an outstanding defender and rebounder, but could also score, consistently finishing among the top-five scorers in the EBL. Barlow was unique among players of the era in that he was not averse to launching one-handed shots. Barlow played his best years with Trenton teams in the Eastern and Metropolitan Leagues, but he was still among the game’s elite during his three years in the American Basketball League, late in his career. He finished fifth in ABL scoring in his last full major league season. Barlow was elected to the Basketball Hall of Fame in 1981.