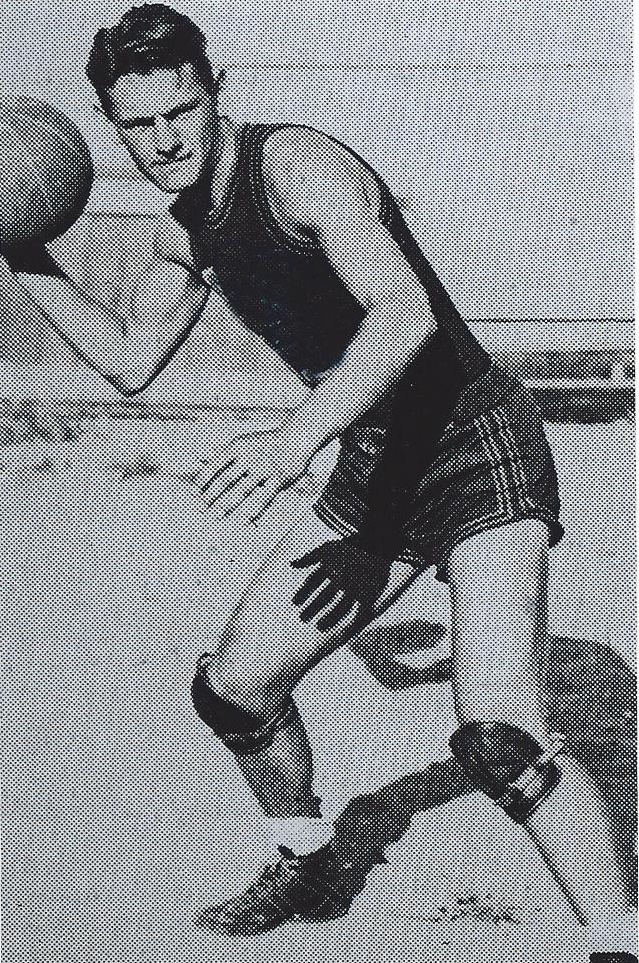 Ossie Schectman  was a basketball star at Samuel J. Tilden High School in Brooklyn.  Schectman played three years of varsity basketball at Long Island University under famed coach, Clair Bee.  In Schectman’s sophomore season, LIU won the National Invitational Tournament and as a senior  he was named to the Converse All-American first team. Schectman spent the early , World War II interrupted, years of of his pro basketball career with the Philadelphia Sphas. He finished second in American Basketball League  scoring during the 1943–44 season. in 1946, Schectman signed to play for the New York Knicks in the newly-established Basketball Association of America.  On November 1, 1946 in Toronto, in the first ever game ever played in the BAA (now the NBA), Schectman made the first basket.  Schectman had a fine year for the Knicks, but declined the opportunity to return for a second season because of business opportunities in New York that prevented him from taking long road trips.  Instead, he played for Paterson in the regionally-limited  American Basketball League for the next two seasons.