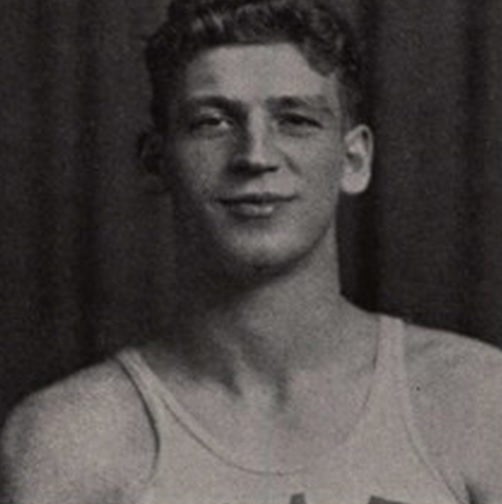 Andy “Acey” Olson was a noted as a defensive wizard during his three-year varsity  basketball career at North Dakota State, “Olson shut out the man he was assigned to guard in three consecutive games (vs. Concordia, Moorhead State and Wisconsin-Superior) during the 1934 season. Olson played three seasons of varsity football, earning first-team All-North Central Conference honors in 1933 and serving as the grid captain in 1934. Olsen played independent basketball in North Dakota throughout the 1930’s. Olson erved as a captain in parachute infantry in the South Pacific during World War II. Returned to coach all sports at New Rockford, N.D., and then football and basketball at the University of Manitoba. He came back to Fargo and coached at Fargo Central until 1965.