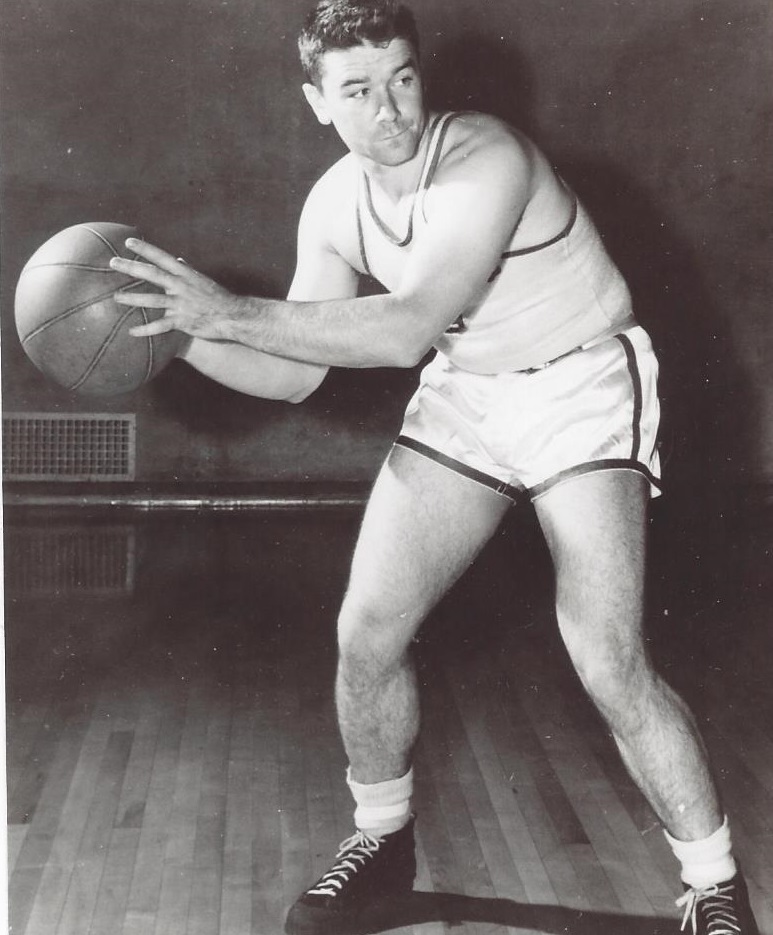 Al Grenert was a scolastic basketball and baseball star at Holyoke, Massachusetts High School.   Grenert excelled in the same  two sports at New York University where he played for three seasons interrupted by service in the Marines during World War II.  Grenert skipped his senior year at NYU to sign a pro baseball contract with the Boston Red Sox in the spring of 1945. His pro baseball career ended abruptly, however, when he batted just .181 in first and only minor league season. Grenert played  pro basketball for two seasons in the National Basketball League before he jumped in the fall of 1947 to the Birmingham franchise in the newly formed Professional Basketball League of America. The new league folded just three weeks into the season. Grenert quickly signed with Montgomery in the Southern Pprfessional Basketball League where he averaged 17 points per game  and earned a late-season return the NBL with the Tri-Cities Blackhawks. In 1949, Grenert  became the head basketball coach at St Anselm College in New Hampshire. Over the next two decades, Grenert compiled a 304-171 record. He later coached basketball at Nashua High School where his won  two New Hampshire state championships.