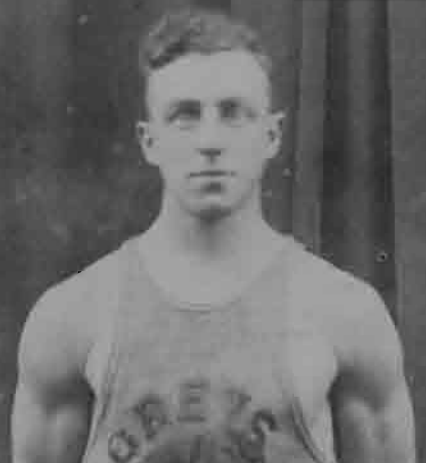 Alexander “Ally” McWilliams, a reedy Philadelphia teenager, joined the Greystock basketball club in the fall of 1909. Over the next nine seasons with the team, McWilliams established himself as one of the most admired defensive players in professional basketball. Sedate and shrewd, McWilliams was always assigned to defend against the opponents best scorer. After many years of mediocre teams, Greystock unexpectedly emerged as the Eastern Basketball League champions for two consecutive seasons in 1916 and 1917.