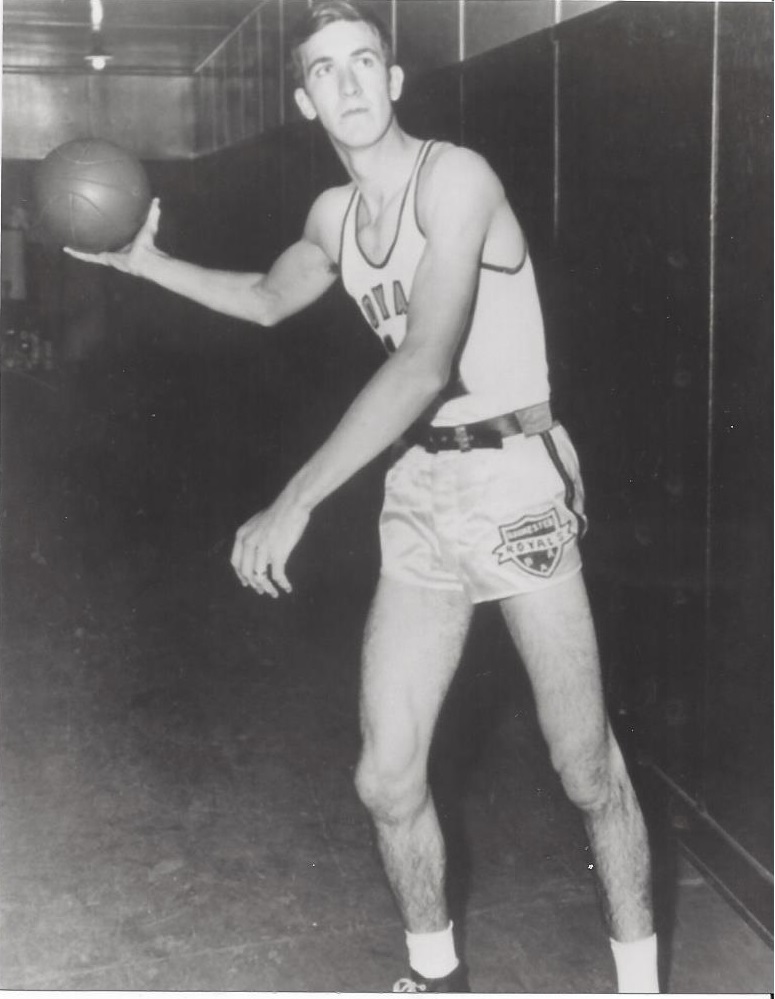 Arnie Risen attended Ohio State Ohio University,  becoming the All-Big Ten center in 1944 and a Helms Foundation second-team All-American in 1945.  He helped the Buckeyes reach the NCAA Final Four in both 1944 and 1945. Despite  his lanky 6-foot-9, 210-pound frame, Risen was comfortable playing near the basket where he was a skillful scorer and effective  rebounder. Risen began his professional career in 1945 with the Indianapolis Kautskys of the National Basketball League. After two and a half years in Indianapolis, Risen played seven-plus years with the Rochester Royals. He enjoyed his best all-around season in 1950-51 when he averaged 16.3 points and 12 rebounds per game and let the Royals to the National Basketball Association championship. Risen spent the last three years of his NBA career as a reserve on the Boston Celtics. Risen was elected to the Basketball Hall of fame in 1998.