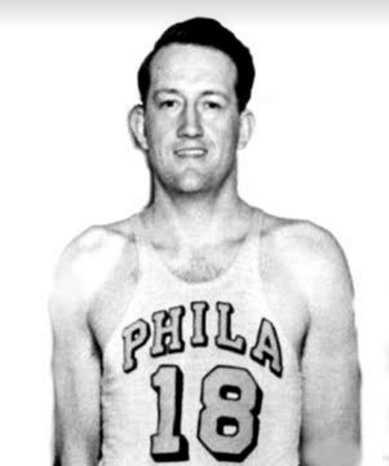 Art Hillhouse was the starting center on the Long Island Univerity  basketball teams from 1935-38 when they went 73-8.  He helped LIU to its first undefeated season in 1935-36 (25-0) and was then part of the 1936-37 team that set the school-record for wins with 28. As a senior in 1937-38, he served as team captain on a team that went 25-3 and advanced to the NIT Tournament.
Hillhouse went on to play professionally for the Philadelphia Sphas for two seasons  and was the starting center for the 1946-47 Philadelphia Warriors, the champions of the initial season of the Basketball Association of America.