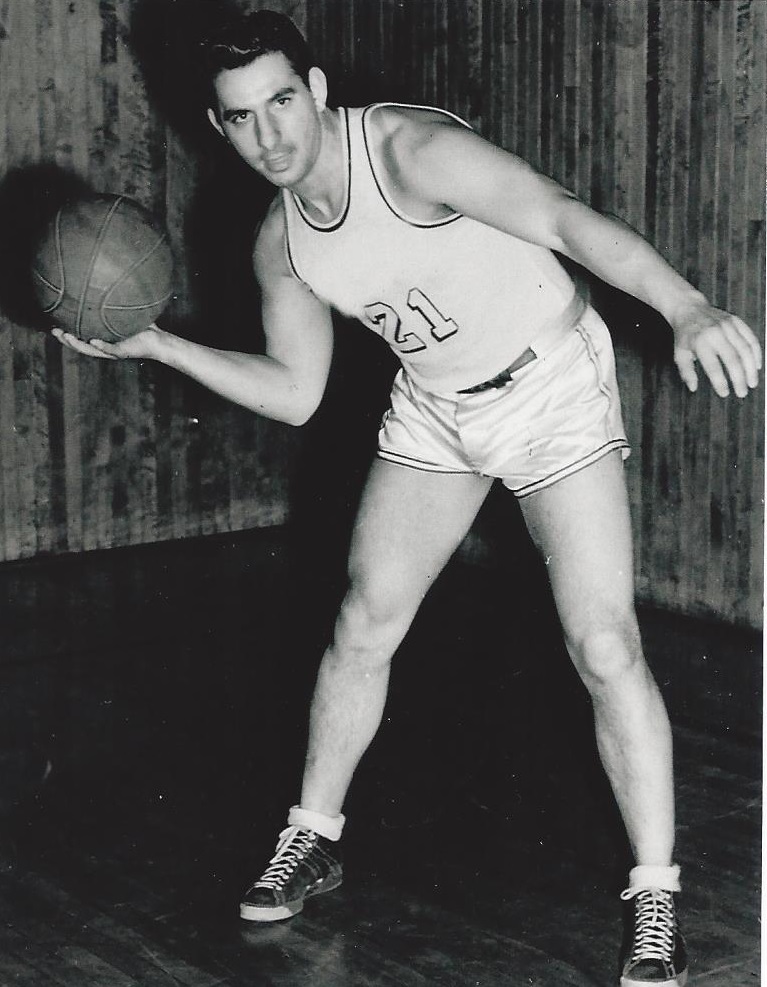 Irving “ASh” Resnick was a basketball star at New Ulrecht High School in Brooklyn and then went on to play two years of varsity basketball at N.Y.U. Resnick served in the army during WWII and played professional basketball for seven seasons. He was well know as a rough and tumble player who one newspaper described as fouling just about anyone that came near him on the court. During the 1946-47, he surprised everyone by leading the American Basketball in scoring by a wide margin. Soon after, Resnick  retired from pro basketball to enter the profession that would bring him considerable success, as well as considerable notoriety. He became a professional gambler. In 1958, Resnick appeared before a Federal Grand Jury in Indianapolis investigating his role in nationwide illegal gambling ring. In 1964, he was investigated  by the Florida State Attorney General for his role in the suspected fixing of the Cassius Clay vs.Sonny listen heavyweight championship fight. Resnick’s Las Vegas career spanned over four decades, making him one of the most famous gambling figures in the city. Both UNLV basketball coach Jerry Tarkanian and famed boxer Sugar Ray Robinson testified on Resnick’s  behalf at a gaming commission  hearing in 1975.  A short time later,  was named the director of all gambling operations at the Aladdin Hotel.