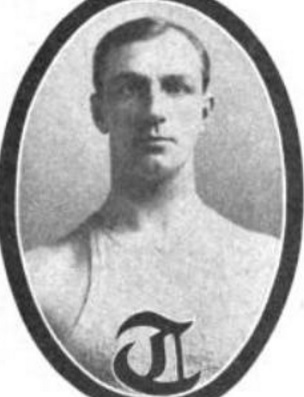 Rudolph “Banty’ Marshall enjoyed a fifteen year career in professional basketball that gained him widespread fame as as the  one of the most colorful players of the era. Marshall was far from the best player to emerge from Trenton, New Jersey, an early hotbed of professional basketball, but he was without a doubt among the most popular. Marshall was a baseball, football and basketball star at Trenton High School before he turned pro at age 18. Marshall had brief stints in the New England, Philadelphia, Central and Eastern Basketball Leagues. He had considerable skills and fans always loved him, but he was never much of a team player. Marshall was a free spirit who one season promoted basketball games on roller skates. He was most successful as the star attraction of the Philadelphia Rockwoods, an independent team that he played with on and off for a decade.