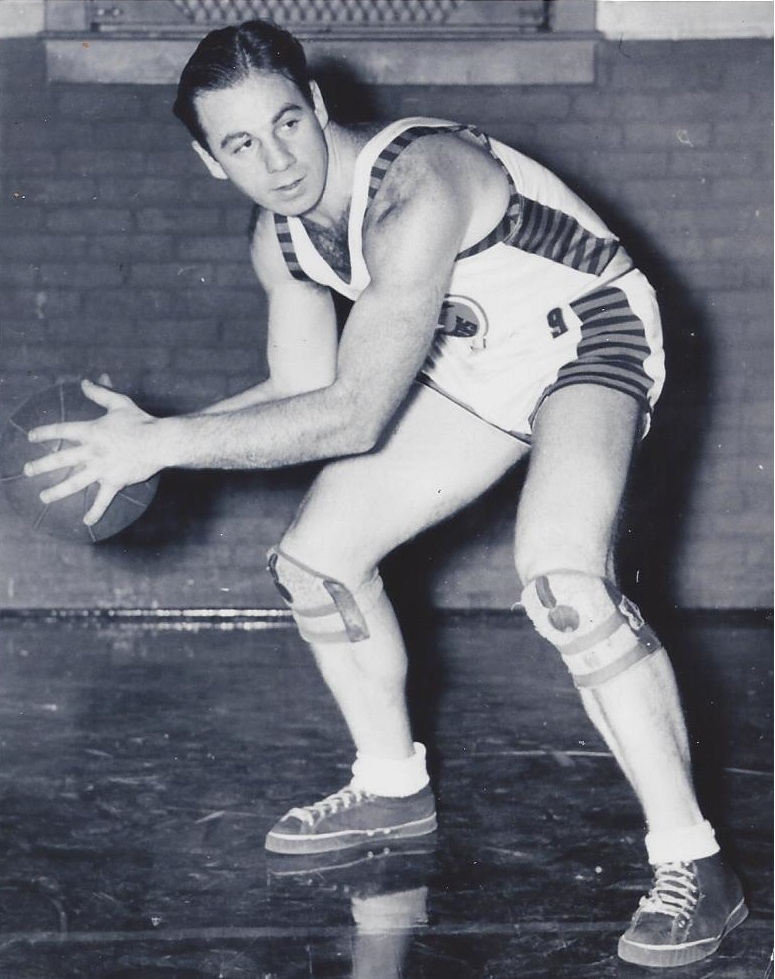 Ben Kramer was a member of the the storied Long Island University basketball team from 1933 until 1937.  The school’s first All-America player, Kramer helped LIU record an amazing four-year mark of 103-6, including 43 consecutive wins and never losing no more than three contests in any season. In 1937, the forward was awarded the Haggerty Award, given annually to the most outstanding player in the Metropolitan New York area. Kramer was the team captain of the undefeated 1935-36 squad that went 25-0, During his sophomore season, he played professionally in the Eastern Basketball League under an assumed name of Ben Schulman. Kramer’s pro career, primarily in the American Basketball League.  spanned over a decade.