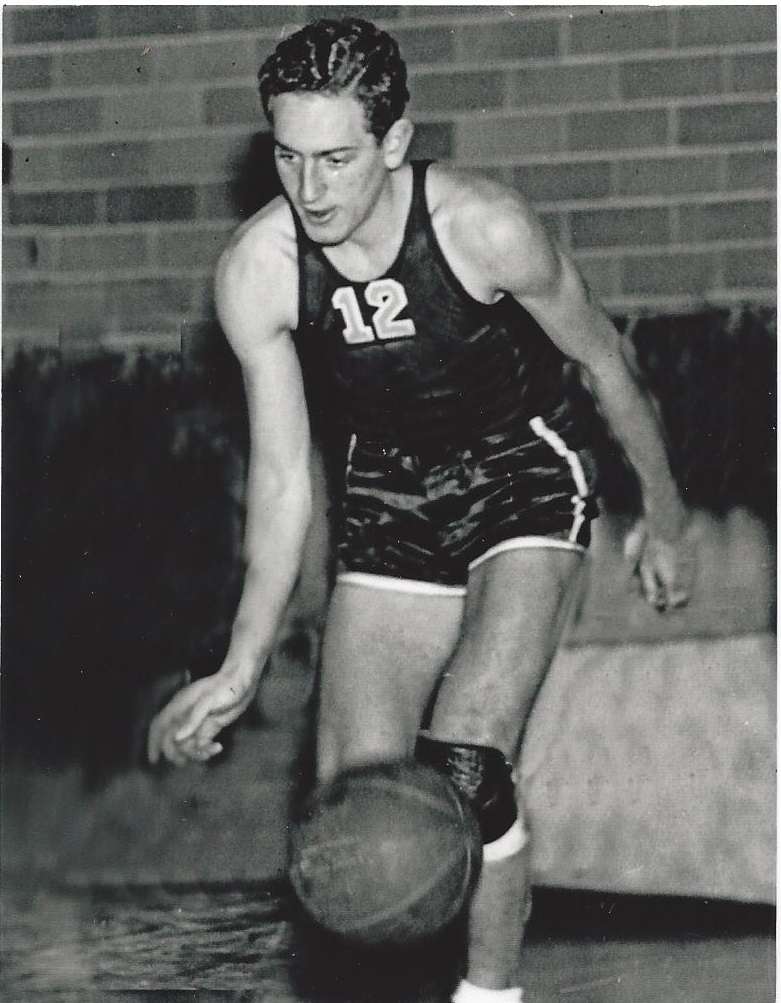 Bernard “Bernie” Fliegel was a star athlete at De Witt Clinton High School in New York City. He attended the City College of New York, were he played varsity basketball and baseball player. As a senior, in 1937–38, he received theHaggerty Award,  given to the best men’s basketball player in the New York Metropolitan area. From 1938 through 1942, Fleigal played professional basketball in the American Basketball League while he attended Fordham Law. School. After service in the Army during World War II, Fliegel was offered had an opportunity to sign with the  New York Knicks in the newly-formed  Basketball Association of America, the forerunner to the NBA,  but chose instead to remain in the American Basketball League,  where he could play and also develop his law practice. In the early 1950’s,  he served as defense attorney for former  CCNY assistant coach,  Bobby Sand, who was ensnarled in a college the point-shaving scandal.