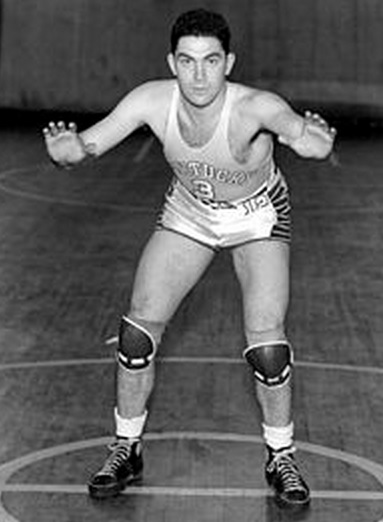 Bernie Opper attended Morris High School in the Bronx, New York. He played college basketball at the University of Kentucky from 1936 to 1939. Opper, an aggressive defender and talented set shooter, earned All-Southeastern Conference honors in all three varsity seasons he played. He helped guide Kentucky to the 1937 SEC Tournament championship and then the 1938 regular season title. As a senior in 1938–39, he was named a Consensus Second-Team All American. In 1939, Opper began his professional career with  the Detroit Eagles in the National Basketball League. He was starter on a team that finished 17–10 and  captured second place in the Eastern Division. His second NBL season with Detroit was limited by injuries to just five games. Opper’s best seasons as  a pro were in the mid-1940’s  with the Philadelphia Sphas who won the 1944-45 American Basketball League championship and finished as runner-ups the following season.