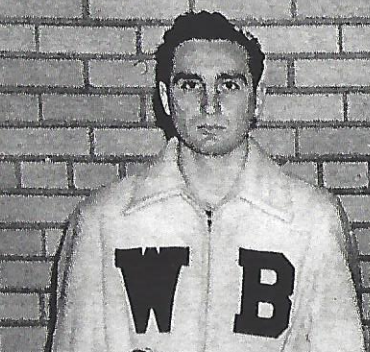 From his years as a young high school player through his long career in professional basketball, Bill Chanecka was always a standout for two reasons; he was a a marvelous scorer and he was a valued teammate who consistently was an integral part of championship teams.

Chanecka was a football and basketball star at Central High School in Binghampton, New York.  In his senior year, he led the basketball team to an undefeated season. After service in the  Navy  during World War II, Chanecka, along with his brother Steve,  signed to play professional basketball with the Wilkes-Barre Barons  of the newly formed Eastern Basketball League. Chanecka led the the team in scoring, averaging 21.9 points per game and helped the Barons win the 1947 EBL championship.  The following season, he Barons joined  the American Basketball League, no longer a major league, but arguably the top minor league in the country. Wilkes-Barre won ABL championships in 1948 and 1949. Chanecka was named MVP of the league both seasons . In March of 1949,  he set a single game ABL scoring record of 58 points. In 1952, Chanecka returned to the Eastern Basketball League where he played for another seven seasons. Cahnecka helped the Williamsport Billies win two EBL championships.