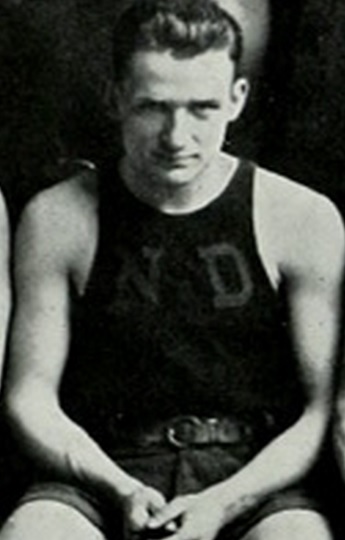 Bill Granfield was an outstanding student-athlete at Notre Dame University where  he played three years of varsity baseball and basketball. He was the captain and leading scorer of the basketball team during his senior year. After graduation, Granfield , returned to his hometown  of Springfield , Massachusetts where he played some independent basketball, but devoted most of his time and energy to his law practice.  Granfield served in the U.S. Congress for three terms (1930-36). He later was the presiding  judge of the the Springfield Federal District Court from 1936 until his retirement in 1949.