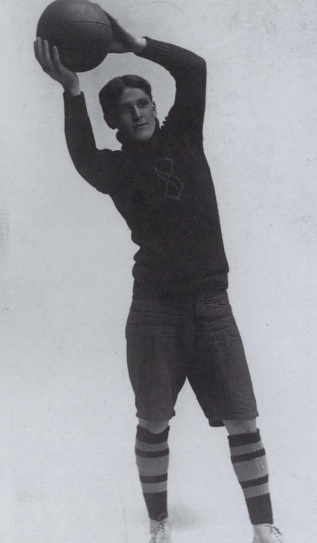 Bill Windeknecht was well known turn of the century sports figure in Pittsburgh. He starred on both football and basketball teams. He was the longtime starting center for the powerful South Side YMCA basketball team that dominated the new sport in the Pittsburgh area  for a half-dozen years. South Side won back to back Allegheny County Basketball League Championships in 1903 and 1904 with a combined record of 37-3.