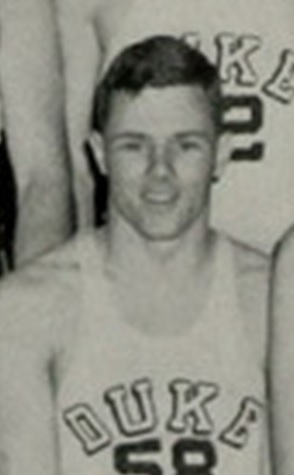 Bill Wright was a multi-sport star at Knoxville City High School.  Wright turned down pro baseball offers to attend the University of Tennessee where he played varsity basketball and baseball. After his his sophomore year Wright enlisted in the Marines. He played played basketball at Duke University during his military training there.  After the war, he returned to the University of Tennessee for his senior year. After graduation, Wright spent the summer of 1947 playing minor league professional baseball, and in the fall, played 6 games for Louisville in the short-lived Professional Basketball League of America.