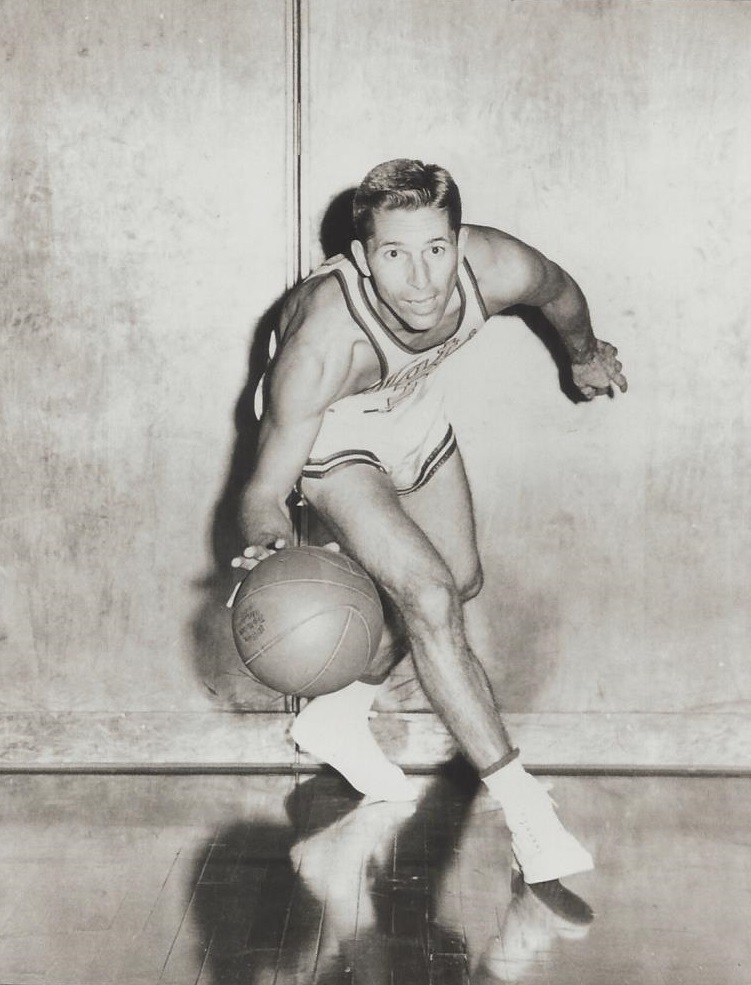 Billy Gabor was a scholastic basketball star at  Binghamton, New York High School. Gabor played collegiately at Syracuse University.  During his freshmen year, he averaged 12 points a game playing for the varsity before joining the the Army Air Corp in 1943 where he served until 1945 . He returned to the University of Syracuse in the fall 1945 and played three more seasons, finishing with a (then) team-record 1,344 career points and was only player in history of school  to lead the team in scoring all four years. In 1948, Gabor signed with the Syracuse team in the National Basketball League. In 1949, the NBL merged with the Basketball Association of America to form the modern day National Basketball Association. During the initial NBA season, Syracuse posted a league-best 51-13 record and and made it all the way to the league finals before losing to the George Mikan-led Mineapolis Lakers. Gabor played  six full seasons in Syracuse until injuries forced him into retirement early in in 1955.