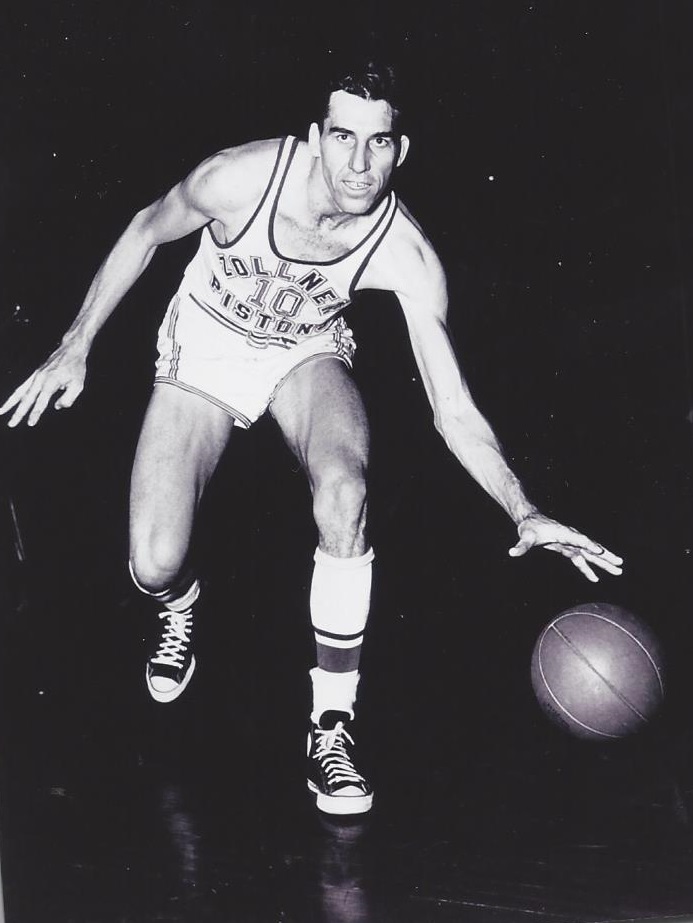 Bob Carpenter led East Texas State to the Lone Star Conference championship in his junior and senior years. In his senior year, he lead the conference in scoring and was named player of the year. In his rookie season in pro basketball, Carpenter was a starter for the Oshkosh All-Stars who captured the National Basketball championship. Carpenter missed four seasons while in the military during World War II. In his first season back, 1945-46, he led the NBL in scoring with with 13.9 points per game and set a new NBL single game record with 40 points. In 1948-49, Carpenter was named player-coach of Hammond in the NBL, but was fired at mid-season and returned to play with Oshkosh.