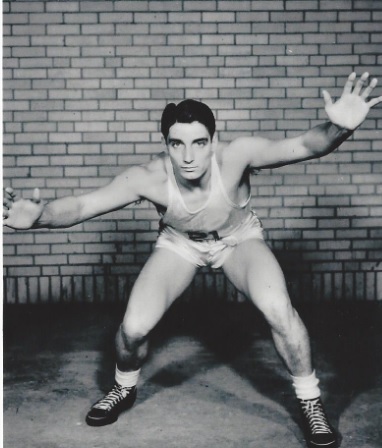 Bob Dro was played four years of varsity basketball at Berne High School in Indiana. As a sophomore, he led his  team to an undefeated season. Dro was a 3-year starter at the University of Indiana. The Hoosiers lost only 9 games in that span and  in in 1940 won their first NCAA championship . During  his senior season, he was named a Look Magazine All-American. In addition, Dro was  3-year standout for the Hoosiers’  baseball team where played every position but pitcher  Dro  signed pro minor league baseball contract with Brooklyn Dodgers but  an injury ended his baseball career and also hampered his brief pro basketball career . After service in World War II, Dro  coached high school basketball in Indiana. In 1957, he was named assistant athletic director at Indiana and in  197373, became associate athletic director, then director of community relations.