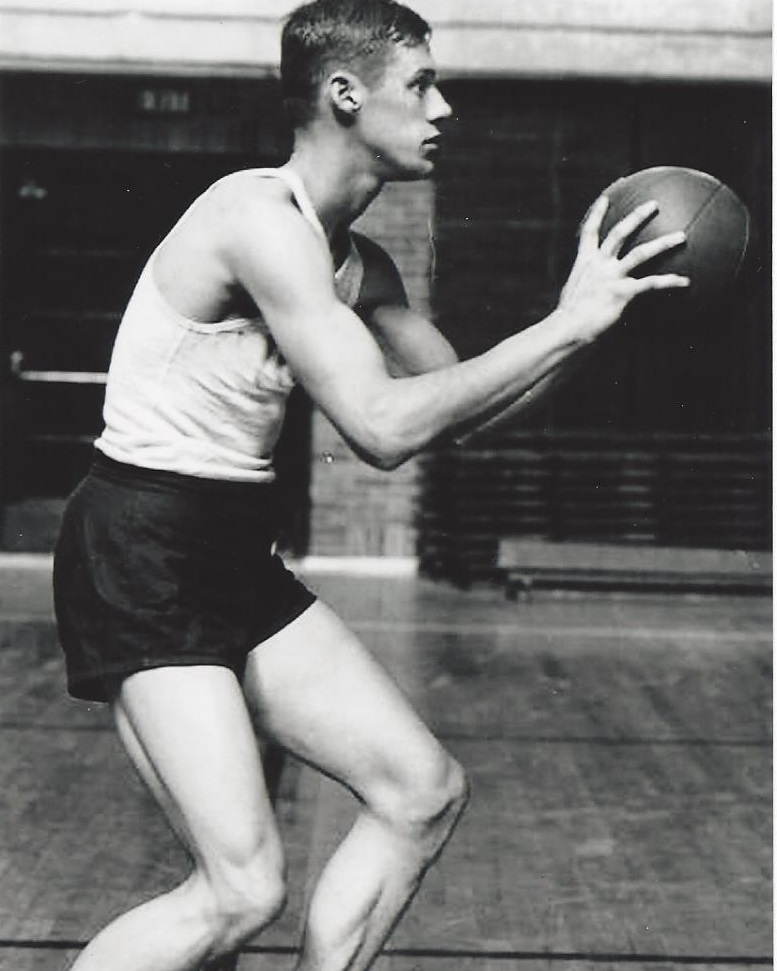 At first glance, Bob Kessler never impressed anyone as an athlete. The frail-looking teenager was cut from his high school squad because the coach didn’t think was tough enough to compete.  The Anderson, Indiana  High School graduate took his awkward-looking style to Purdue University were he won three letters and was twice named an All-American while  playing for Hall of Fame coach Piggy’ Lambert. Kessler was nicknamed “Charley” because of the charley-horses incurred from his double-jointed, unorthodox style of play. In 1934-35,  Kessler led Purdue to 17 wins in 20 games. In 1935-36 , Kessler was captain  of the Boilermakers who where co-champions of the Western Conference. Kessler led the conference in scoring with 160 points in 12 games. Kessler played two seasons of professional basketball with the Indianapolis Kautskys, leading the team in scoring both years. In 1938, Kessler was traded to Hammond in exchange for John Wooden. After retirement from pro basketball, Kessler entered business and went on to become a vice president in the General Motors Corporation.