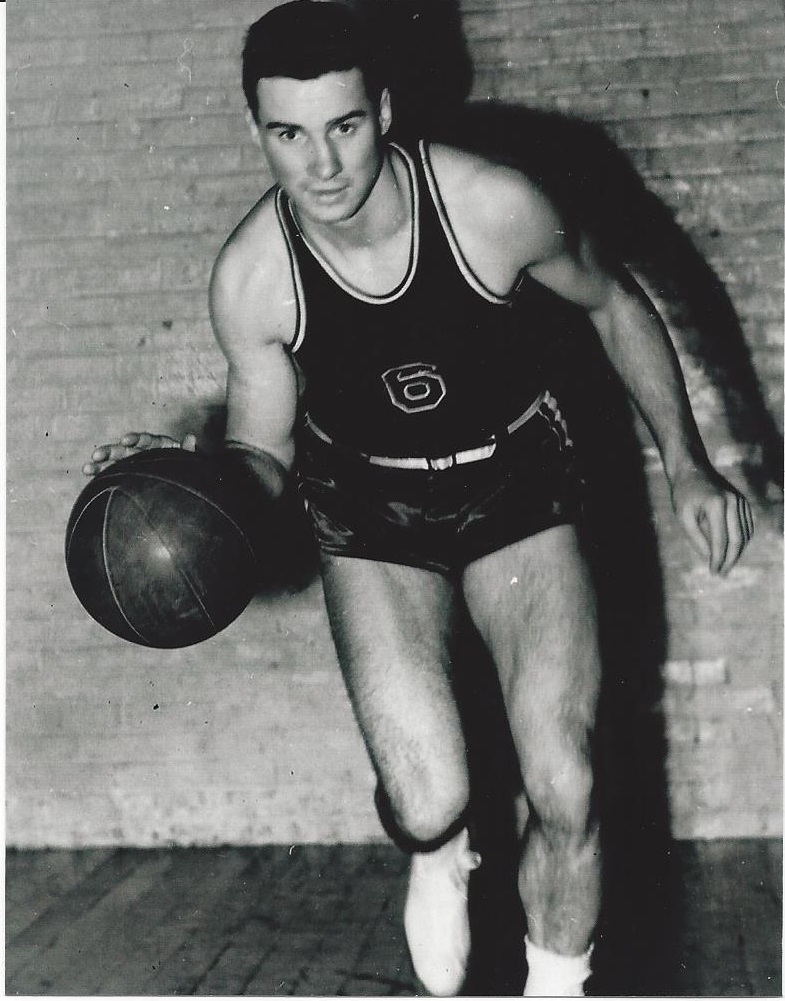 Bob McLeod was a star athlete at Glenbard High School in Glen Ellyn, Illinois, a suburb of Chicago. MacLeod was a standout offensive and defensive halfback for the Dartmouth team coached by Earl “Red” Blaik. McLeod was an All-American in 1937 and 1938. He placed fourth in the voting for the Heisman Trophy in 1938. MacLeod is a member of the the College Football   Hall of Fame.  McLeod was also a gifted basketball player. A shooting guard, he made the All-Eastern team at Dartmouth.  After graduation, McLeod  returned to Chicago where he briefly played professional football for the Chicago Bears,coached the legendary George Halas.  At the end of the 1939 football season, Halas signed McLeod to a contract the with he Chicago Bruins, a Halas-owned team in the National Basketball League.  During World War II,  McLeod was Marine fighter pilot, serving five years, mostly in the South Pacific. He was discharged with the rank of major. After the war, McLeod started a career in magazine publishing. He remained active in the in the industry in various executive positions until 1994.