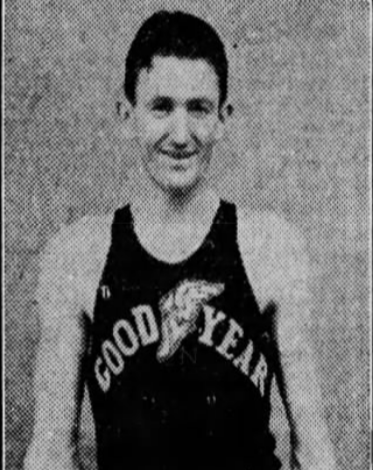 Bob Taylor won a total of twelve letters in a combination of  four sports, during his athletic career at Muskingum College in Zansville,  Ohio. Taylor played pro basketball for five seasons, from 1928 through 1933. In his first pro season he played over forty games by  sharing his considerable skills with six different teams.  In later seasons, he played in two different versions of the National Professional Basketball League, failed forerunners of the National Basketball League that would be successful in the mid-1930’s. Taylor played for the Akron-based Goodyear Tire Company for two years. In March of 1933, Taylor left Goodyear  to take a new job with a company in Chicago. With the move, Taylor also left his pro basketball career behind him and retired from the game.