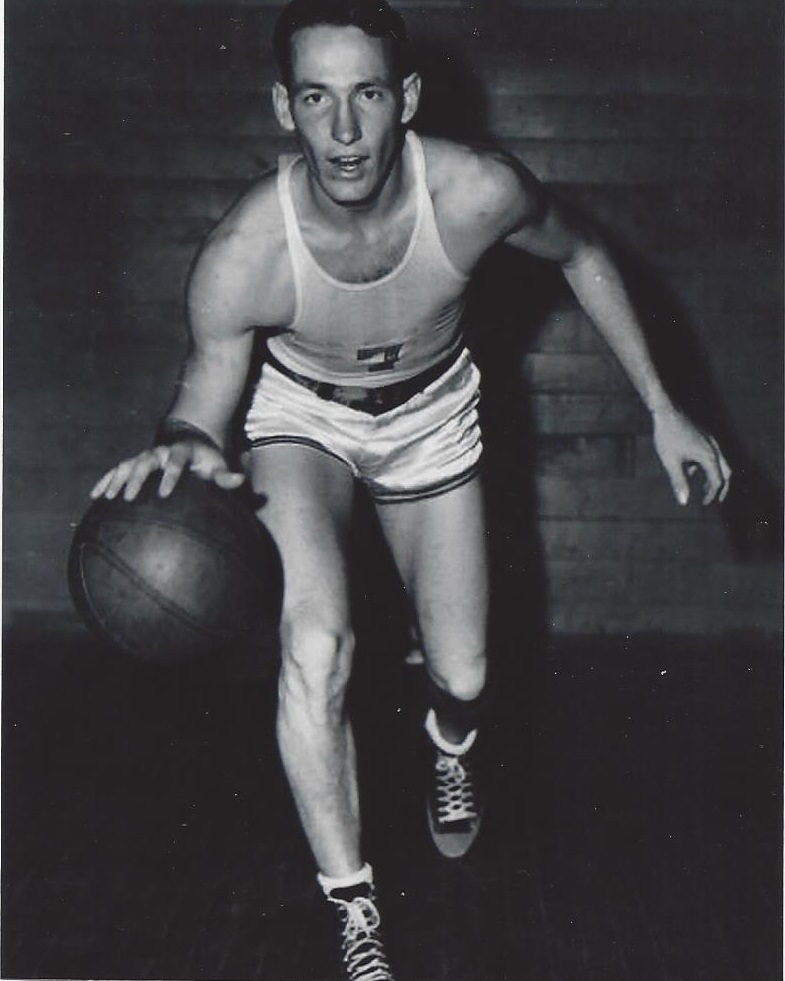 Bobby Lowther was a a a star all-around athlete at Louisiana  State University.  Shortly after arriving at L.S.U., his college career was interrupted in 1943 by World War II.  Lowther served  as a B-17 bomber pilot with the Army Air Corp for three yaers before he returned to LSU in 1945.   In his first year back in college,  Lowther won the SEC champion in pole vaulting and javelin. He also finished first  the National AAU Triple Jump competition and placed third in the National AAU Decathlon.  The same year, he was named to the  the  Helms Foundation All American basketball team. In the fall of 1948, Lowther signed a contract to play  play pro basketball for Montgomery in the Southern Professional Basketball League . Lowther averaged 17 points a game and set a league single game scoring record with 41 points. At mid-season, he was signed by the Waterloo club in the National Basketball League, and later the same was season, was traded to Tri-Cities.  Between the two teams, he appeared in only 24 games major league games in his pro basketball career. Lowther remained active in semi pro and Independent basketball for another half dozen seasons. In 1950 and 1951, Lowther led the Couchitta, Louisiana team to two consecutive American Legion National Championships.