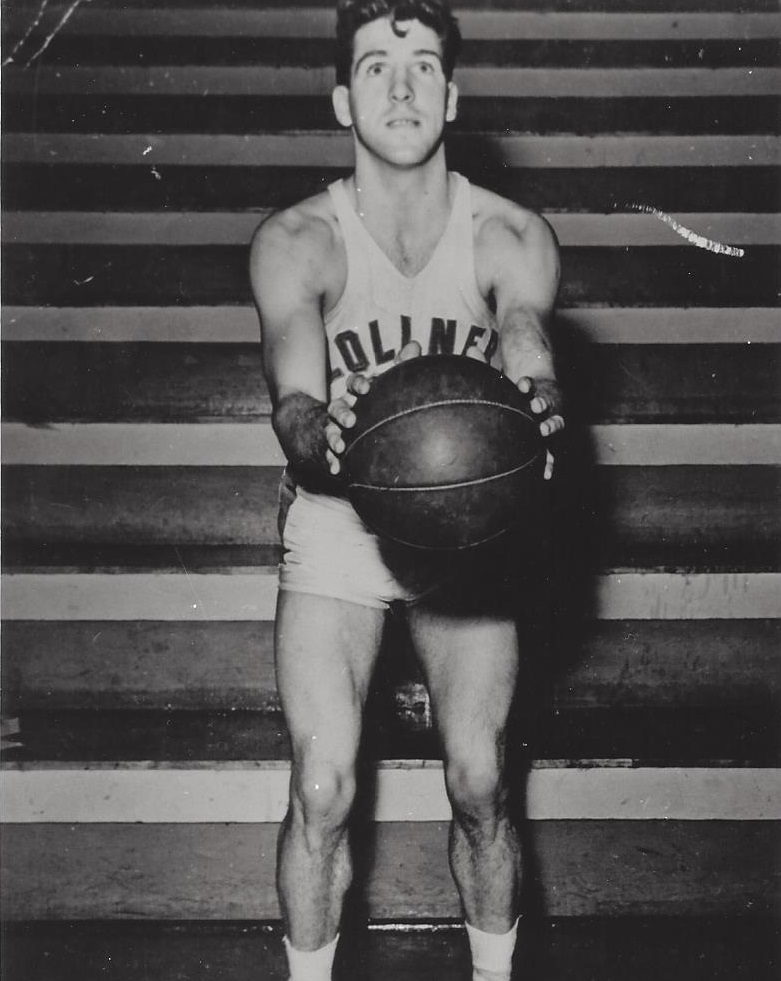 Bobby McDermott attended high school in Flushing, New York before he burst onto the pro basketball scene during the 1934-35 season.  As a brash 20-year-old rookie, McDermott finished second in American Basketball League scoring and led the Brooklyn Visitation to the American Basketball League championship. He won the ABL scoring title in his second season and once again led the Visitation into the finals where they extended the Philadelphia SPHAS to seven games before losing. From 1936 to 1939, McDermott toured with the Original Celtics. He signed with the Baltimore Bullets for the 1939-40 season and captured his second ABL scoring crown. He returned to the Original Celtics in 1940-41. By the beginning of the 1940’s, McDermott was established as the best set-shooter of the era. He was famed for his trademark maneuver where he faked and stepped backwards before shooting. He delivered his two- handed set shot from up to 30 feet away from basket with an extremely high arch on his shots. McDermott was very strong, not particularly fast, but still could drive to the basket for points. In 1941, McDermott signed with Fred Zollner’s’ Fort Wayne Pistons of the National Basketball League.  His five seasons with the Pistons were years of personal and team triumphs. McDermott won top individual scoring honors once, finished second on four other occasions and was the league’s MVP all five seasons. The Pistons won three league championships and three World Pro Tournament titles. By early in the 1946-47 season, the combative McDermott had worn out his welcome in Fort Wayne and he was sold to Chicago Gears. He joined his new team about the same time as 6′ 10″ rookie George Mikan who had been holding out in a salary dispute. Together, they led Chicago to 1 7 wins in their last 23 regular season games and on to the NBL championship. McDermott spent two more seasons in the NBL shuffling between three teams. When the NBL and Basketball Association of America merged at the beginning of the 1949-50 none of the seventeen team chose to sign McDermott. He spent the 1949-50 season in the minors before he signed for the 1950-51 season as player-coach of Grand Rapids in the newly-formed National Professional Basketball League. After just five games, McDermott was banished from the league for a volcanic outburst of temper that included tearing off a dressing room door. McDermott cut a swashbuckling path through life. On court he was an angry, combative, driven figure who rode teammates unmercifully and battled opponents ruthlessly in his unbridled desire to win. Off the court, he was a moody, brawling, hard-drinking man. As a player, McDermott accomplishments were huge. He led leagues in scoring three times and finished second five times. He played on four league championship teams and three World Pro Tournament champions. He was the greatest player in the twelve-year history of the NBL and among the top five professional players of the first fifty years of the game. He was elected to the Basketball Hall of Fame in 1988.