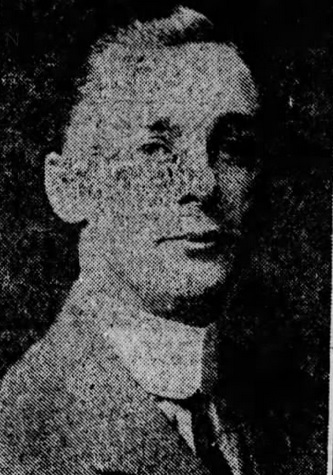 Bobby Vance grew up in East Berlin, Connecticut, a small town just outside New Britain, where he attended high school . In the fall of 1909, Vance entered Notre Dame University where he was an immediate stand out on the basketball team. Just three months later, in January of 1910, Vance departed Notre Dame to play professional basketball in the the Central Basketball League. The teenager held his own among some of the best pro players of the era.  In 1911, he began a four-year stint in the New York State Basketball League. Vance was an extremely talented scorer, who also quickly developed a  reputation for being  impulsive and immature.   During his four years  in the NYSL, he played for five different teams. In  the 1915-16 season, Vance was the third leading scorer in the Pennsylvania State Basketball League, but he could find no takers in the league for his services the following  season. Instead, he signed to play for Scranton in the minor-league level Intercounty league. Vance led the league in scoring by a wide margin and his team to the championship. With league play shutting down due to the onset of World War I in 1917, Vance agreed to play for Lew Wachter, the former Troy manager-coach, who was promoting basketball teams that barnstormed throughout  New England.  Vance had  previously played for and against Wachter in the NYSL. Vance remained  associated with Wachter through the early 1920’s, sometimes playing for him and sometimes leading an opposition team.