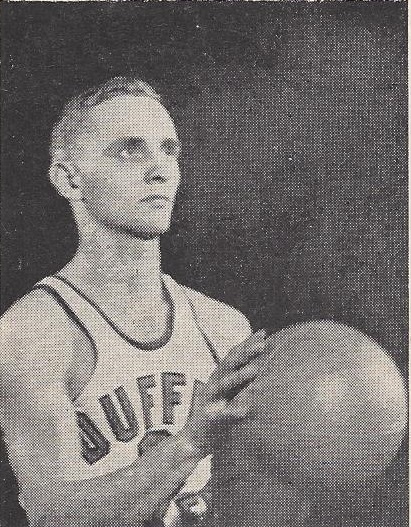 Murray “Bud” Mendenhall led Fort Wayne Central High School to the 1943 Indiana State basketball championship. In 1944, he enrolled at Rice University where he was a member of the 1945 Southwest Conference championship team. After two years in the Navy, he enrolled at Indiana University where he played basketball for one season. In 1948 Mendenhall signed to play professional basketball for the Anderson Packers, a team coached by his father, Murray Mendenhall, Sr. After just one season of pro basketball, Mendenhall retired and went into high school coaching were he had a long and successful career. In 1996, Mendenhall, following in his father’s footsteps, was Elected to the Indiana Basketball Hall of Fame.