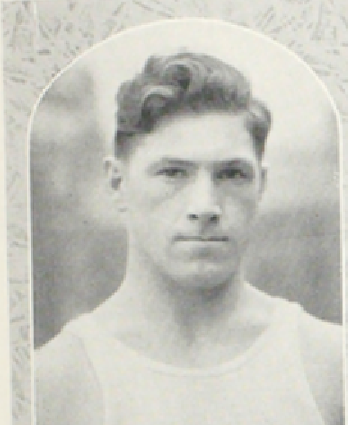 John “Buddy” Hassett  was the captain of both the baseball and basketball team at Manhattan College.  After graduation in 1933,  Hassett  signed a contract with  the New York Yankees. After three years in the Yankee’s farm system, Hassett was sold to the Br0oklyn Dodgers, where he batted .305 in three seasons. Hassett also played for Boston Braves before ending his seven year major league baseball career back with the Yankees. During his first year out of college, Hassett played major league professional basketball for the Union City club in the American Basketball League. In subsequent years, he played a handful of  of pro basketball games, but mainly concentrated on his  pro baseball career.