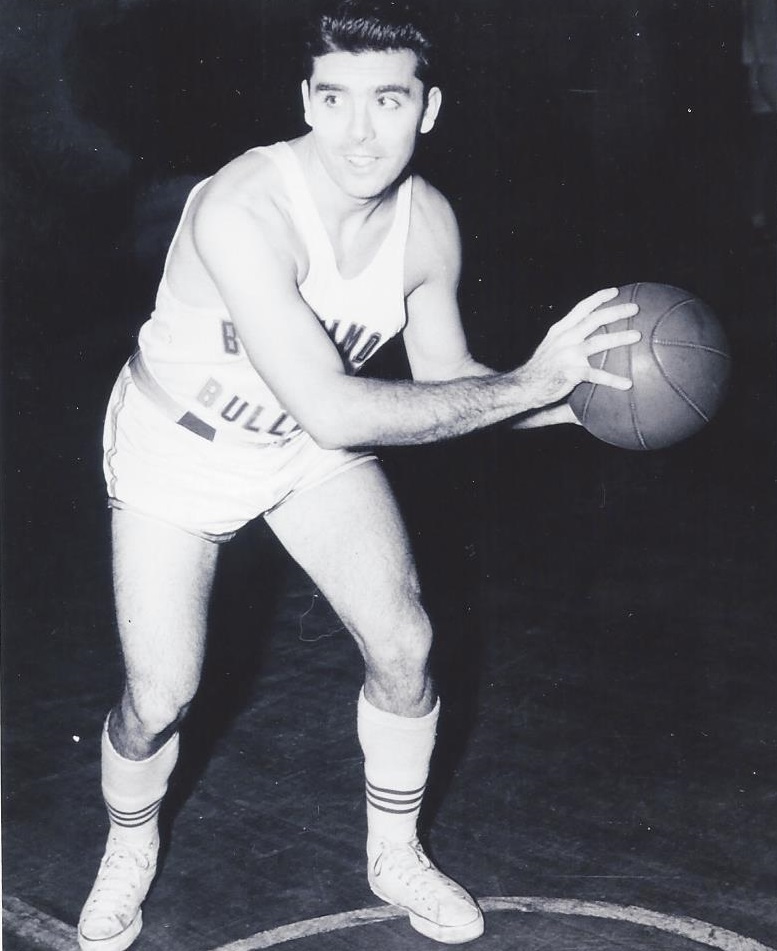 Buddy  Jeanette was a schoolboy star at New Kensington, Pennsylvania High School.  He was a three-year starter at Washington & Jefferson University before he turned pro in 1938.  Jeannette quickly adapted to the rougher pro game. He was particularly outstanding in the annual World Pro Basketball Tournament in Chicago. Jeannette was the only player to be named an all-star four times and to be twice named the tournament’s MVP.  In addition, he played on the 1941 WBT championship Detroit Eagles squad and on three consecutive (1944, 1945, 1946) WBT champion teams with the Fort Wayne Pistons. Jeannette also played on three consecutive National basketball League championship teams, in 1942-43 with Sheboygan and 1943-44, 1944-45 with Fort Wayne. Jeannette was a very intelligent player and fine tactician who often developed game strategies even on teams where is was not officially in a coaching position. Jeannette was a mediocre outside shooter, who scored most of his points by driving to the basket. He was an effective defender, dazzling ball-handler and passer. He was a surprisingly good rebounder for his size, capable of playing at the forward or guard position. In 1946-47, Jeannette led the Baltimore Bullets as player-coach to a 31-4 record in the American Basketball League. The Bullets joined the BAA the following season and won the 1947-48 championship. Jeannette coached Georgetown University in the early fifties and in the NBA and ABA in the sixties. He was elected to the Basketball Hall of Fame in 1994.