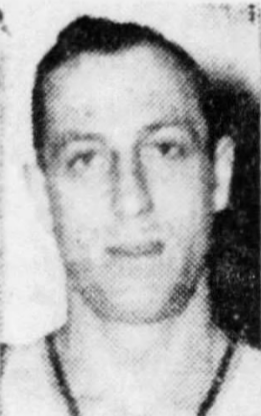 Bernard Knoblauch had a brief three-game professional career, but was an outstanding AAU player for a decade.  During his years playing basketball  at Carroll College in Wisconsin he was known as  “Buss” to differentiate himself from his older brother “Buzz” Knoblauch who also played basketball at the Wisconsin school. During his ten-year AAU career, however,  he adopted “Buzz” as his nickname.