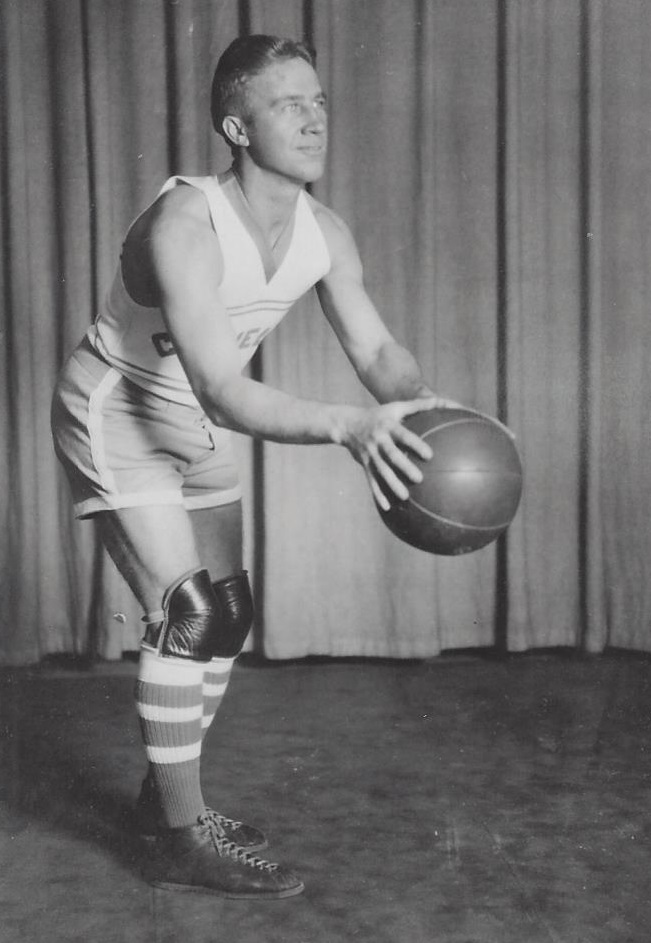 Carl Husta was one of pro basketball’s  most dependable stars during  the twenties and thirties. His career was marked by a remarkable consistency of effort and pride in his ability to play the game hard but fairly. Husta began his 18-year pro career in 1920-21 with the “Big 5” team in his hometown of Egg Harbor, New Jersey. The next season, Husta was recruited by Pop Morgenweck to play for Kingston in the New York State Basketball League. Husta quickly became a standout on Morgenweck’s powerful team and a key performer on his 1922-23 NYSL championship team. Husta played on three American Basketball League  championship teams (1925-26, 28-29, 29-30) during five and half seasons with Cleveland. Husta was the only player to finish in the top-ten scoring all six years of the ABL. While lacking his flair, Husta had a style remarkably similar to Celtics’ star Nat Holman. Husta, like Holman, was an “modern” guard who performed skillfully on defense, but who was also an important part of the offense with his fine shooting and passing ability. Husta played one season with the Original Celtics in the early thirties, before returning to Kingston for three years. In his last pro season, 1938-39, Husta served as player-coach of Troy. Husta  also  played  minor league baseball for four seasons and appeared in six major league games in 1925 with the Philadelphia Phillies.