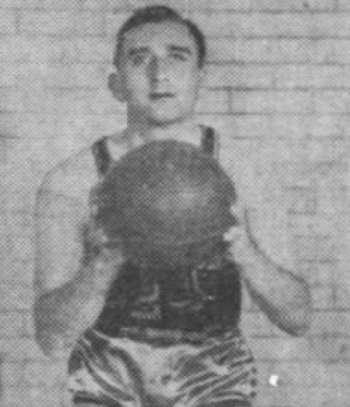 Carl Roth was three-sport star at Sheboygan high School. Roth attended the the University of Wisconsin, but only participated in sports his freshman year.  Roth was a fixture on independent basketball teams in Sheboygan for almost a decade.  During the 1938-39 season Roth played 14 games with with Sheboygan Redskins of the National Basketball League.  He remained with the team as an assistant coach and subsequently as head coach for two seasons.  Roth was  head coach during the  1942-43 season when Shoboygan won its only NBL championship, upsetting the heavily favored Fort Wayne Pistions in three straight games. .