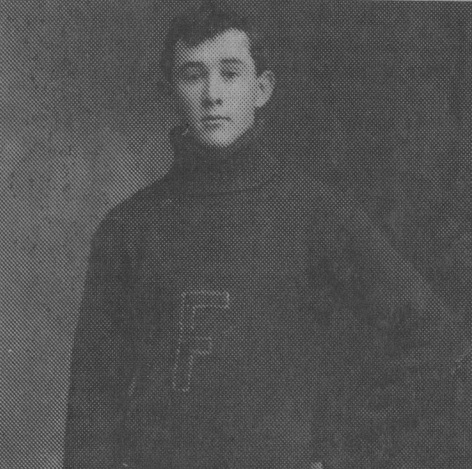 When Charley O’Donnell died in 1952, he was eulogized as one of the most beloved players to ever step on a  basketball floor.  For over a decade, he ranked as one of the greatest forwards in the game. Fans admired him for his quiet strength and wonderful skills on the court. Players admired him for his sportsmanship and on-the-court intelligence. Horse Haggerty, who played with many of the greatest stars of the era, rated O’Donnell among the  very best to ever play the game  and the most influential person in his career. “He taught me everything  I knew about the game.” Another hallmark of of O’Donnell’s  career was that every team for which played  was successful. From 1904 through 1906 , he played for Tamaqua, the best independent team in Pennsylvania. In four years with McKeesport in the Central Basketball League, the team won two championships. In 1911, McKeesport defeated De Neri four games to none in a post-season World Series. During  five years with Reading in the Eastern Basketball League, his team won two championships. In 1913 , Reading defeated the great Troy Trojans three games to two  in a post season tournament to determine the best pro team in the country. After retiring from basketball, O’Donnell became a successful businessmen and served for many years as the postmaster in his hometown of Frackville, Pennsylvania.