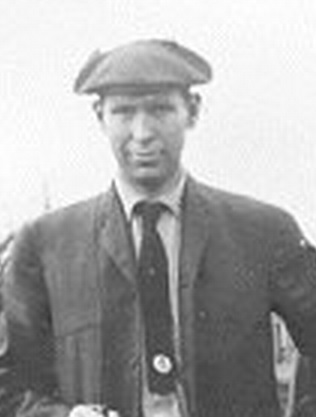 In the mid 1890s,  Charles ” Charlie” Newcomb was one of the  better players in Camden, New Jersey,  a hotbed of of early professional basketball. A big man, by the standards  of the era, Newcomb was a standing guard, the primary defender on a team, who always guarded the opponents’ best shooter. When Newcomb retired from basketball in 1900,  he started competing in the sport of trapshooting  and quickly became one of the most prominent clay-target shooters in the early part of the 20th century, collecting over 1,000 prizes during his career. Newcomb was called the The” Ty Cobb” of skeet shooting. He was a Member of winning team at 1910 World’s Championship Cup in Atlantic City; 1914, Indoor Championship, Madison Square Garden; 1915, Clay Target title at the Grand American in Chicago; 1915 and the  1917, Canadian National Exhibition champion; 1931 and 1933. Newcomb  was elected to the National Trapshooting Hall of Fame in 1999.