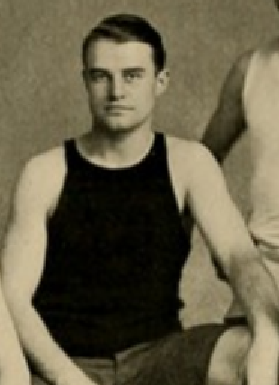 Charles O’Brien was an athletic star at Bucknell University for four seasons. In his senior year he capatained both the football and basketball teams. In 1914, O’Brien applied for a franchise in the newly-formed Pennsylavania State Basketball League. O’Brien co-owned the team , served as manager and coach and was the team’s third leading scorer. O’Brien was killed in action in September of 1918 while serving in France during World War I.