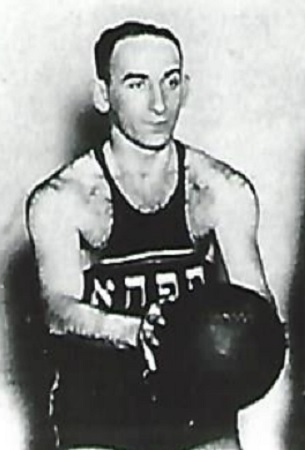 Chick Passon was a talented scorer who was an integral part of the pro basketball scene in Philadelphia for parts of three decades. Chick was the younger brother of Harry Passon, a co-founder of the Philadelphia Sphas. After graduating from South Philadelphia High School, Passon played freshmen basketball at the University of Pennsylvania. After just one year , Passon dropped out of college to play professional basketball. In his first pro season,  Passon led the Eastern Basketball League Philadelphia team in scoring. On the brink of stardom, Passon’s next two seasons were a disappointing combination of injuries, bad teams and then the unexpected demise of the EBL in January of 1922. Passon became a perennial top-ten scorer in the Philadelphia Basketball League and led the SPHAS to two PBL league titles in the early twenties. In 1926, Passon signed with the Philadelphia entry in the American Basketball League that was coached by Gottlieb.  Passon enjoyed his best season as a pro and finished third in the league in scoring. Despite his success on the court and his hometown popularity, Passon was traded to Washington midway through the 1927- 28 for speedster George Glasco. Passon was disappointed by the trade and he showed little of his earlier spark over the next two seasons. In the early 1930s, Passon formed a strong team in South Philadelphia that dominated the (minor league) Eastern Basketball  League through the mid-1930s, winning consecutive titles in 1935 and 1936. Prior to the 1936-37 season, Passon acquired an ABL franchise for Atlantic City. He stocked the club with players from his successful minor league operation, but the new team was not up to major league caliber. After going winless in ten games, he folded the franchise.