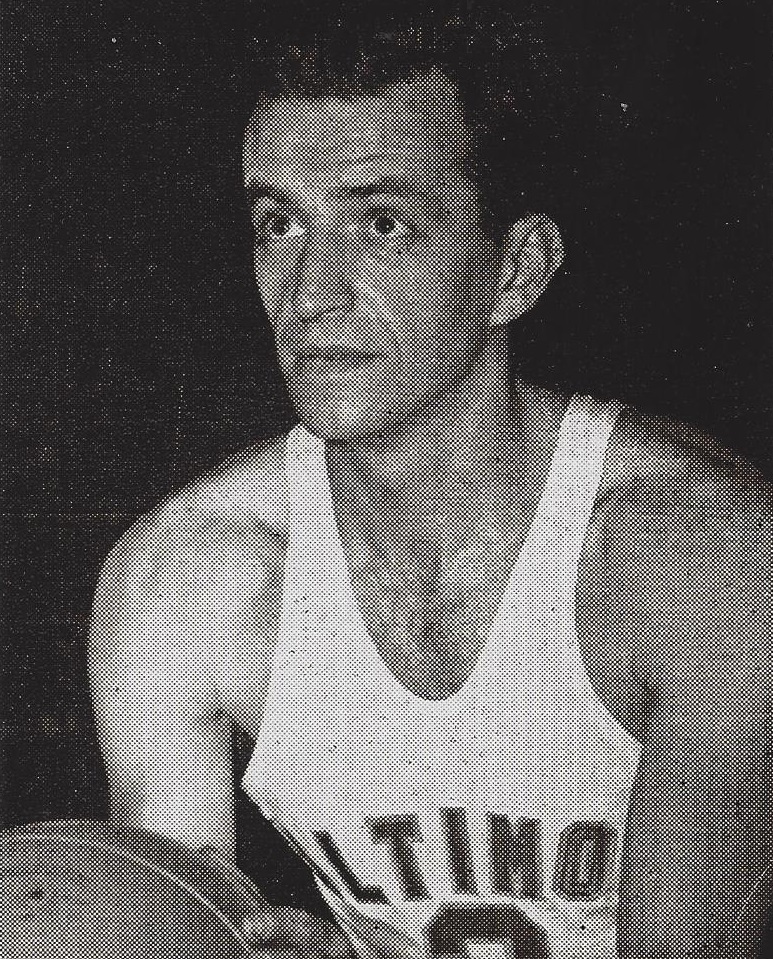 Joseph “Chick” Reiser” grew up in Elmhurst Long Island. He followed in the footsteps of his older brother, Willie, who was an outstanding basketball star at Stuyvesant High School in Manhattan and Pratt Institute in Brooklyn. Chick also starred in basketball at both schools before he entered New York University in the fall of 1932 where he was the  leading scorer on the freshmen basketball squad. At the conclusion of his first year at NYU, Reiser transferred to Pratt Institute where  he played for two seasons.  In the mid-1930’s Reiser toured with Kate Smith’s Original Celtics.  While on the road with the Celtics, Reiser matured as a player under the guidance of experienced pros such as Dutch Dehnert Nat Hickey and Davey Banks. Beginning in 1937, Reiser played in the American Basketball League for five and half seasons. During these years, Reiser established himself among the top professional players. He possessed good speed and ball handling skills, a willingness to work hard on defense and savvy basketball instincts that he had acquired in his years with the Celtics. In 1943, Reiser signed with Fort Wayne in the National Basketball League where he would enjoy the four of the most productive years of his career. During his tenure, the Pistons won two NBL titles and three Chicago World Tournament championships. In 1947, at the urging of former Piston teammate Buddy Jeannette, Reiser jumped to the Baltimore Bullets who at just joined the Basketball Association of America. With the two friends playing major roles, the Bullets became the surprise champions of the 1947-48 BAA season. Reiser played for two more seasons before he retired as a player at the conclusion of the 1949-50 season. During the 1951-52 season, Reiser took a job as coach of the Washington Caps in the ABL. He coached the club to a fine 15-7 record before the team folded at midseason. Two weeks later, he was hired to take over as coach of the Baltimore entry in the NBA. He finished out the season, but was fired after losing the first three games at the beginning of the next season.