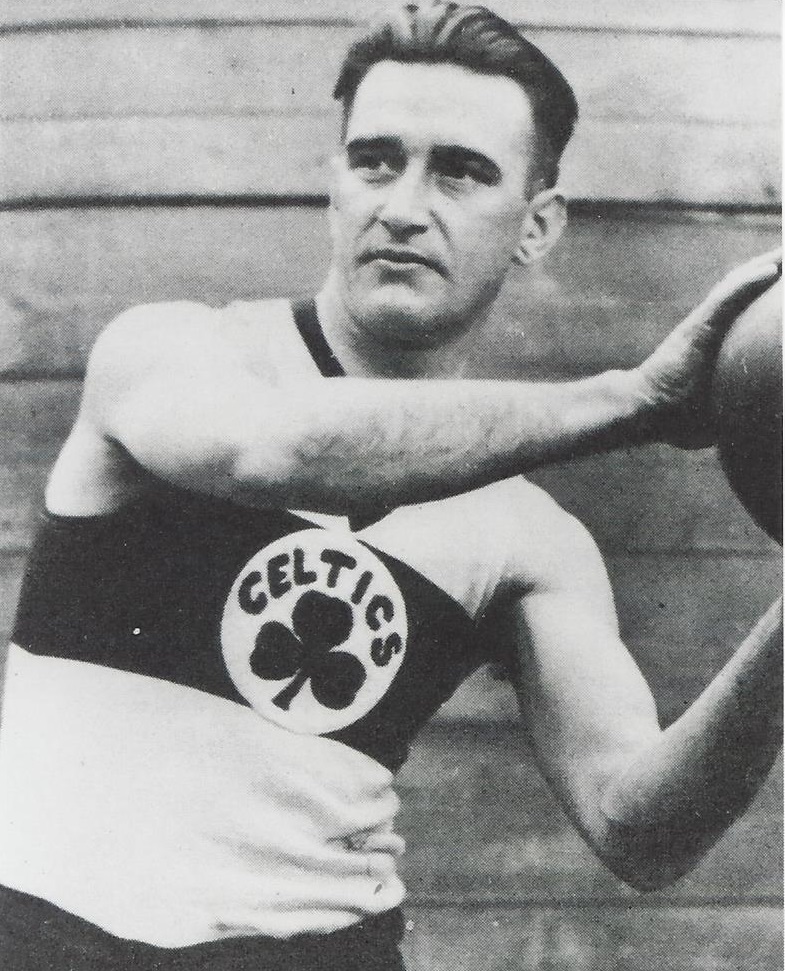 Chris Leonard graduated from Manhattan College in 1912. The following year he joined the St. Gabriels semi-pro team where his with teammates included Johnny Beckman and Ernie Reich. Leonard was an excellent defender who was comfortable at either as a guard or center. On offense his shooting skills were limited but he used his size and strength to his advantage around the basket where he scored on tap-ins or lay ups. Playing close to the basket, he was frequently fouled and was always among the leading scorers from the free throw line. Leonard played two seasons for the Paterson Crescents, the second in the Interstate League where they won the 1915-16 league title. Leonard’s reputation continued to grow through the later part of the decade. By the 1919-20 season, he was among the highest paid players in pro basketball. In 1920-21, he led Pittston to the Pennsylvania State League  finals. He also was a key member of the New York Whirlwinds who battled the New York Original Celtics to a draw in two games to decide the mythical pro title. At the end of the season, Celtics’ promoter Jim Furey signed Leonard and Whirlwinds teammate Nat Holman to a contracts for the upcoming 1921-22 season. When he joined Celtics in 1920, Leonard was 30 years old, a prosperous businessman, with a fine basketball career behind him. At an age when most players were ready for retirement, Leonard embarked on a seven year odyssey with the Celtics that took them to the pinnacle of professional basketball. Leonard was nicknamed “The Dog” by his teammates because of his tenacious tactics on defense.