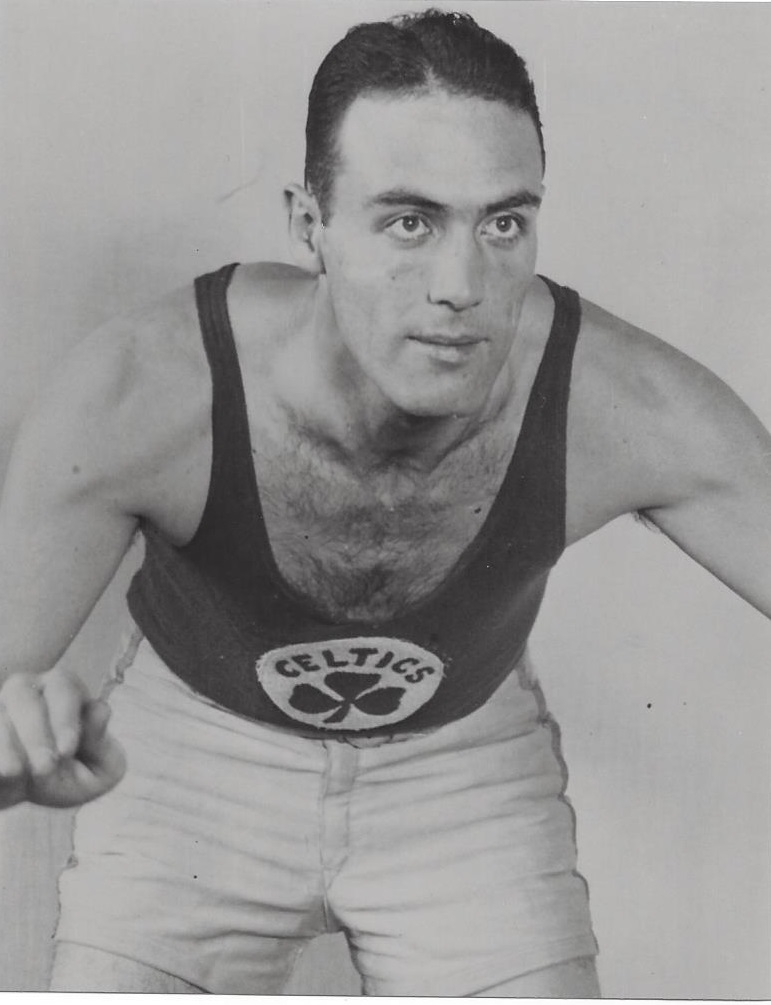 In 1922, 17-year-old Chuck Gillium joined the New Castle Five, a strong amateur team in the northeast region of Pennsylvania.  In 1925, Gillium entered Grove City College where he played for three seasons. Gillium’s basketball  skills were limited, but at 6’6″ and 220 pounds, he attracted interest from pro teams. He also possessed the ability to palm a basketball, a talent considered quite amazing in the 1920’s. In the fall of  1928, he joined Vic Hansen’s All-Americans and later in the season was signed to play for the Dayton Kellys in the National Professional Basketball League. Over two seasons, he also made two brief appearances in the American Basketball  League. Gillium fell ill with tuberculosis and died in August of 1935. He was only 30 years old.