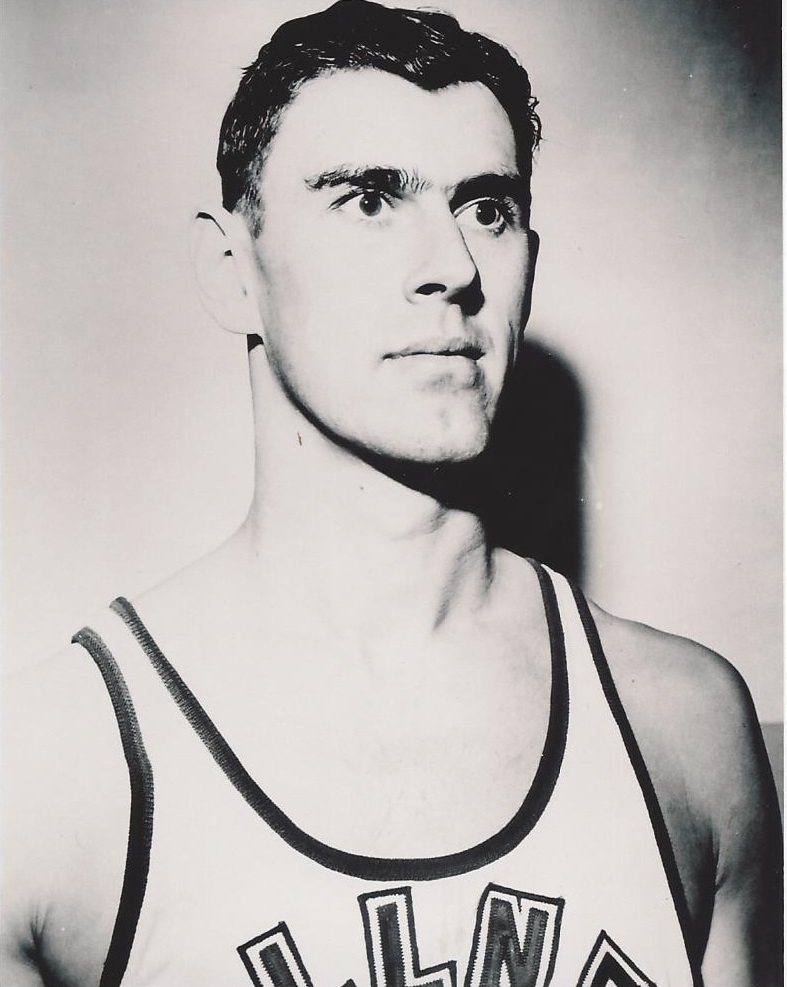 Clint Wager was a two-sport star at St.Mary’s College in Minnesota, Wager was twice all-conference center and twice conference individual scoring champion. After graduation, Wager embarked on careers in both professional basketball and football. Wager’s  best years in basketball were the five seasons he spent in the National Basketball League with the Oshkosh All-stars. Wager was a modest scorer, but  was one of the he best rebounders and toughest defenders in the league. In addition to basketball, Wagner played five years of pro football, three years with the Chicago Bears, two years with the Chicago Cardinals. In 1944, while practicing punting, Wager kicked himself in the head, fracturing his skull and knocking himself out of competition with the Chicago Cardinals for over a month.