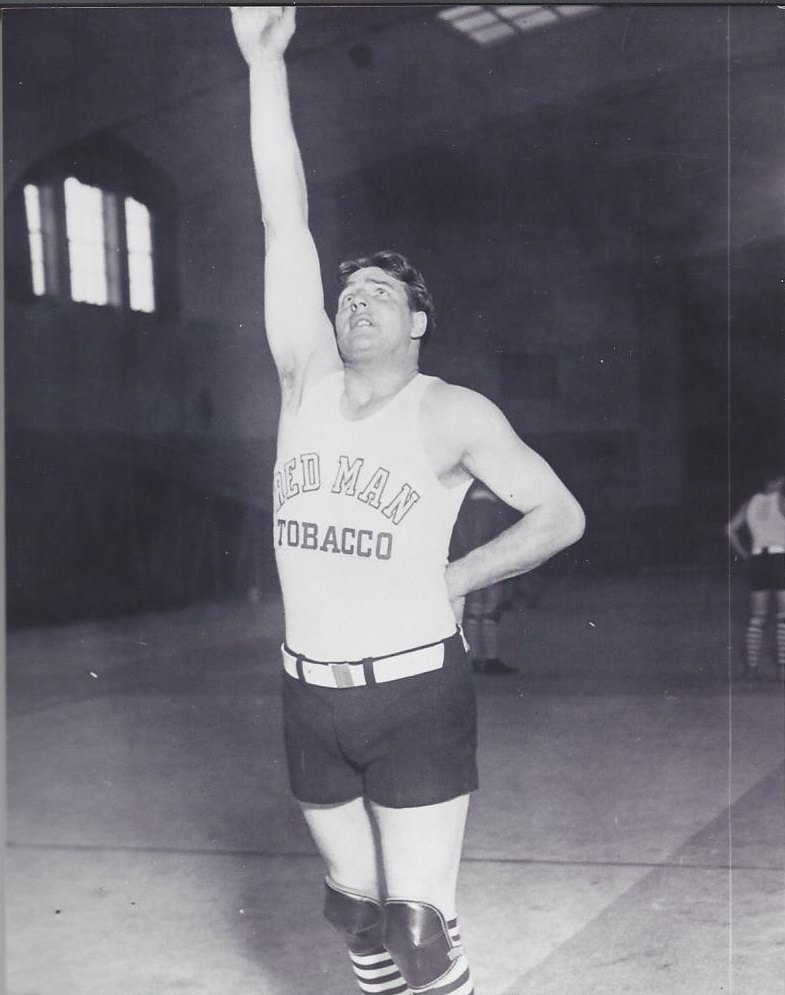 Harold “Cookie” Cunningham was a two-sport star at Ohio State University. After leaving college in 1926, Cunningham began playing both professional football and basketball. Cunningham played with Cleveland in the American Football League in the fall of 1926 followed by three seasons in the National Football League: Cleveland (1927), Chicago (1929) and Staten island (1931). During the same five-year span, Cunningham also played for Cleveland and Toledo in the American Basketball League. During the 1932-33 season, Cunningham was the leading scorer for the Akron Firestone, the National Professional Basketball League champions. Cunningham remained a popular attraction on midwest independent teams into the late 1930’s. He served as player-coach of the Columbus entry during the first year of the National Basketball League. He  also had two brief stints coaching in the  college ranks, for Washington and Lee University (1939–1942) and the University of South Dakota (1946–1948).