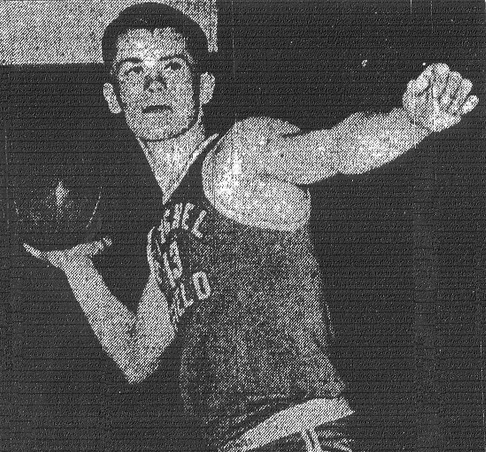 Colby Gunther was a star basketball player at South Side High School in Rockville Centre on Long Island, New York. Gunther set a freshman scoring record at at St.John’s University of 23.3 points per game. Gunther entered the military after his freshmen year to serve in World War II. In 1946-47, Gunther was the leading scorer for the Pittsburgh Ironmen in the new Basketball Association of America. The following season, Gunther became the player-coach of the Atlanta team in the Professional Basketball League of America. In the short-lived PBLA, Gunther was the second leading scorer in the league, behind George Mikan. Gunther returned to the BAA in 1948-49 with St.Louis, but averaged only 5 points a game. He remained a double-digit scorer in various minor leagues until his final season in 1952-53.