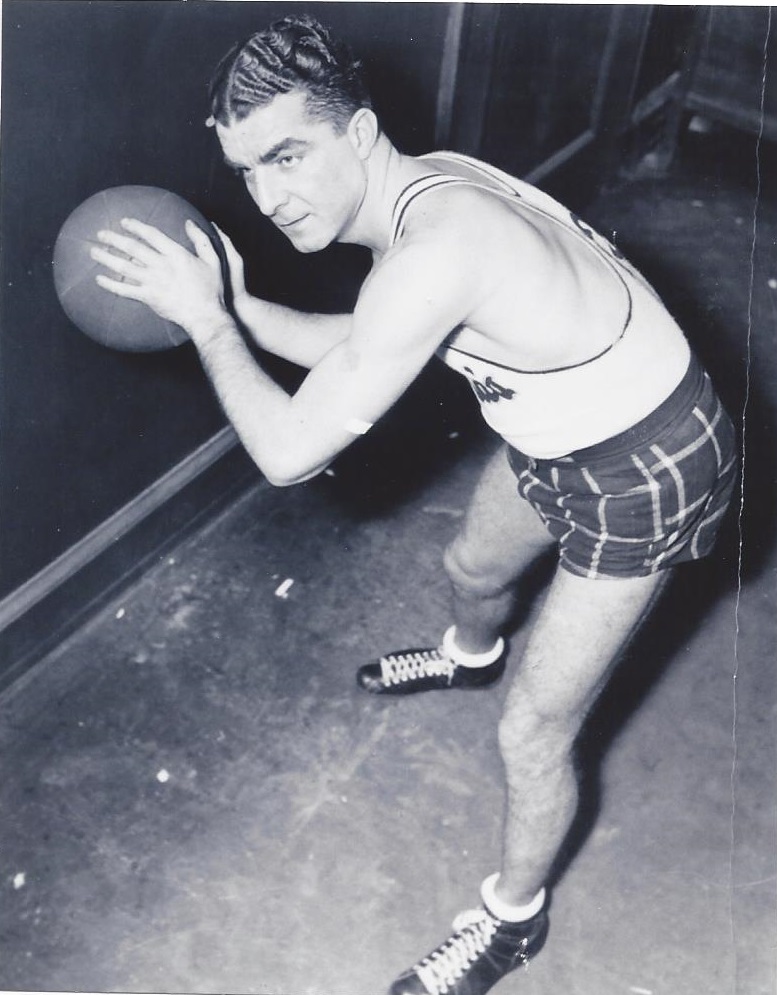 Cfy Kaselman graduated from South Philadelphia High School. At age 20, he joined the SPHAS for the 1929-30 season and remained with the team for next thirteen seasons. Kaselman won two consecutive Eastern Basketball League scoring titles in 1931 and 1932. The SPHAS style emphasized a balanced scoring attack, but Kaselman as a shooter was always considered first among equals. After the SPHAS joined the American Basketball League in 1933, Kaselman finished among the league’s top-ten scorers for five years in a row. Kaselman possessed a deadly two-handed set shot. His skills as a shooter were such that he was the only player ever mentioned as a possible rival to Bobby McDermott as the best long-distance shooter of the 1930’s. He also possessed excellent quickness with the ball, was an accomplished passer and steadily improved during the course of his career as a defensive player. Kaselman lost his starting spot to Pete Rosenberg during 1938-39 season, but stayed on with the SPHAS as a key reserve for three more seasons. After military service during World War II, Kaselman served as his assistant coach during Philadelphia’s early years in the Basketball Association of America.