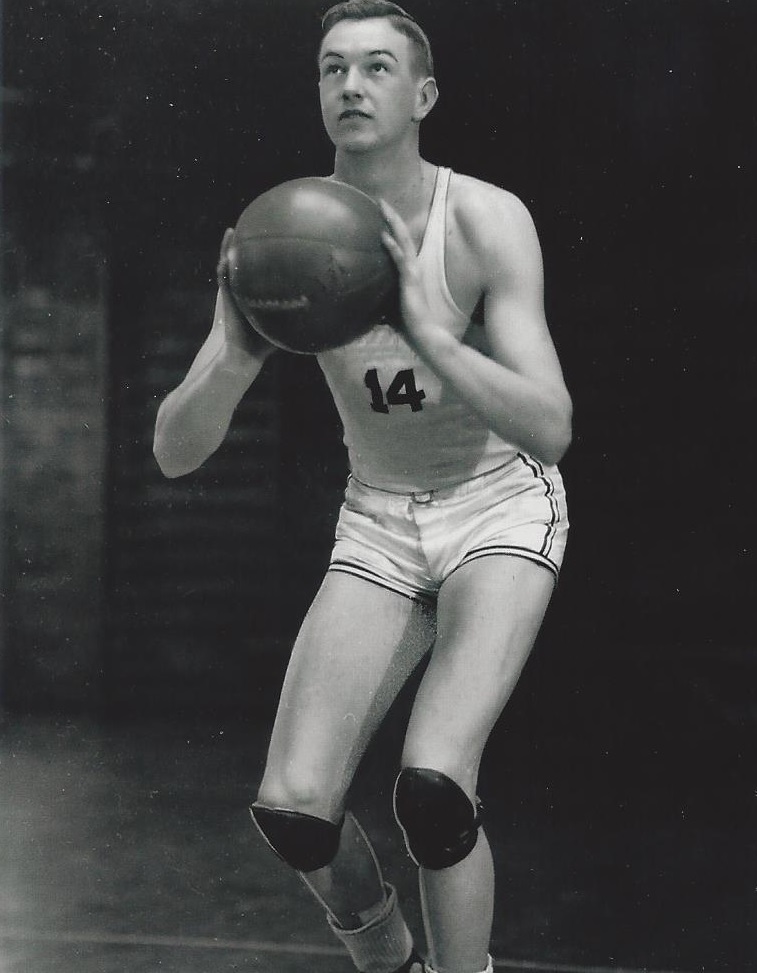 Darwin “Dar Hutchins, alongside future baseball Hall of Famer, Lou Boudreau,  starred on one of  the greatest high school basketball teams in Illinois state history. In consective years, Thornton High School won the state title and was runner-up the following two seasons. Hutchins found equal success at Bradley University as a member of the “Famous Five” teams that changed Bradley’s schedule from one of a small school teams to games against some of the top-ranked teams in the country.  During Hutchins’ three seasons, the team had a record of 52 wins and 10 losses.   Hutchins’ professional basketball career was limited to only two seasons by the onset of World War II, in the fall of 1941.